Celebrating the mammals of the sea – World Whale and Dolphin Day 2022.

On 23 July celebrate World Whale and Dolphin Day 2022! Could there be a better time to plan a whale and dolphin watching trip? Here at Morukuru Ocean House and Morukuru Beach Lodge, there’s not an official start to the whale watching season - but  June to October offers excellent whale watching opportunities. So we can say…It’s Official…Whale Watching Season is here! 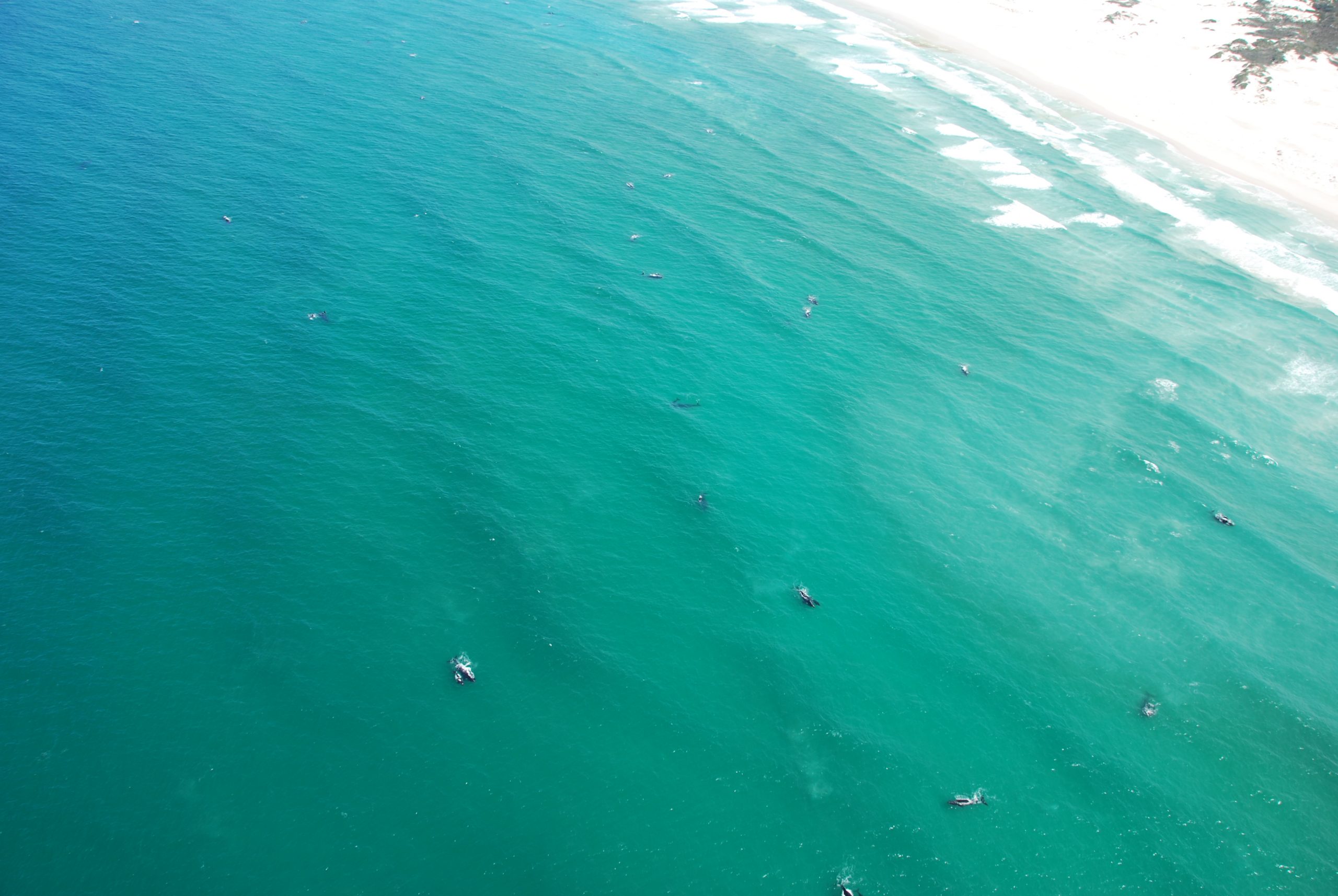 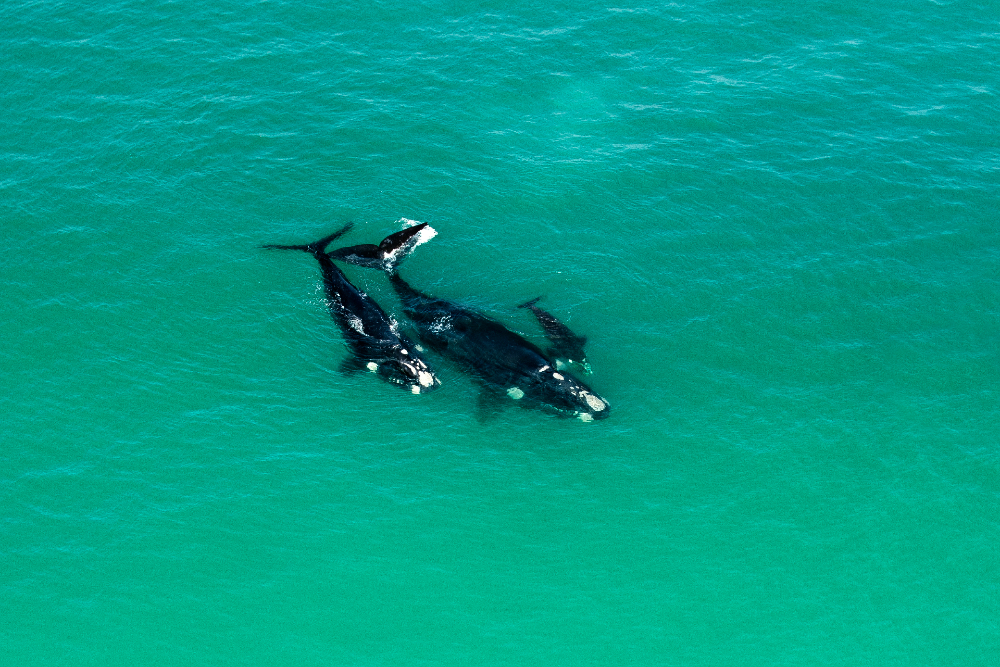 Whether it’s a fin slapping the water, a tail diving into the deep, a spy hop look at the scenery, or the immense mammals hurling their entire bodies out of the water, seeing a whale in the wild is magical. Dolphins are one of the most loved animals in the world and are also known for their jumps near the beach or on the side of ships. Dolphins are famous for being energetic and having fun with each other, and these lovely mammals also play with whales. 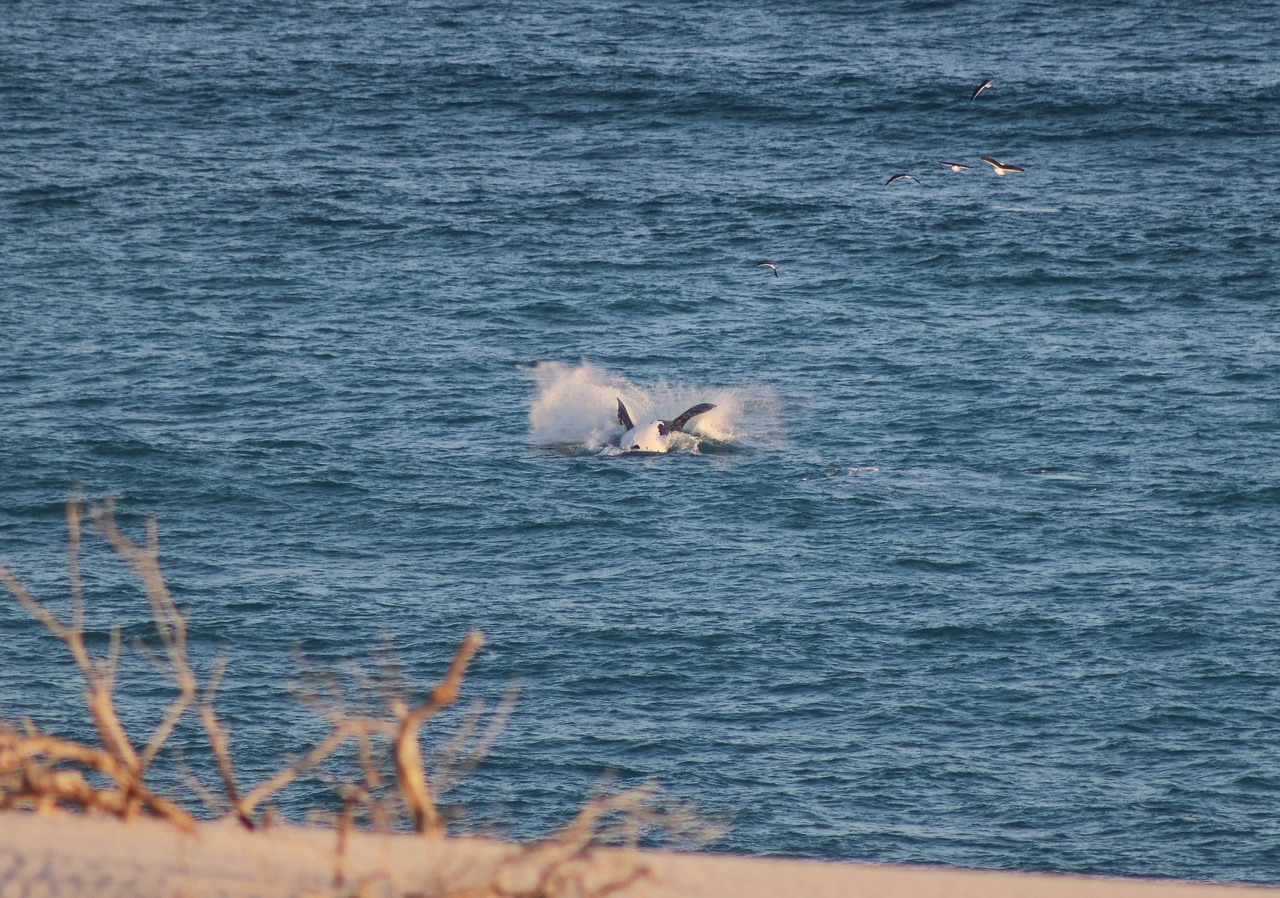 Situated along the Southern Cape coast, Morukuru Family De Hoop is the perfect location, giving guests extraordinary land-based whale and dolphin watching. Our expert rangers will introduce you to daily displays of raw power and elegant water acrobatics of the whales and the smiling and cheerful appearance of their sidekick dolphins. 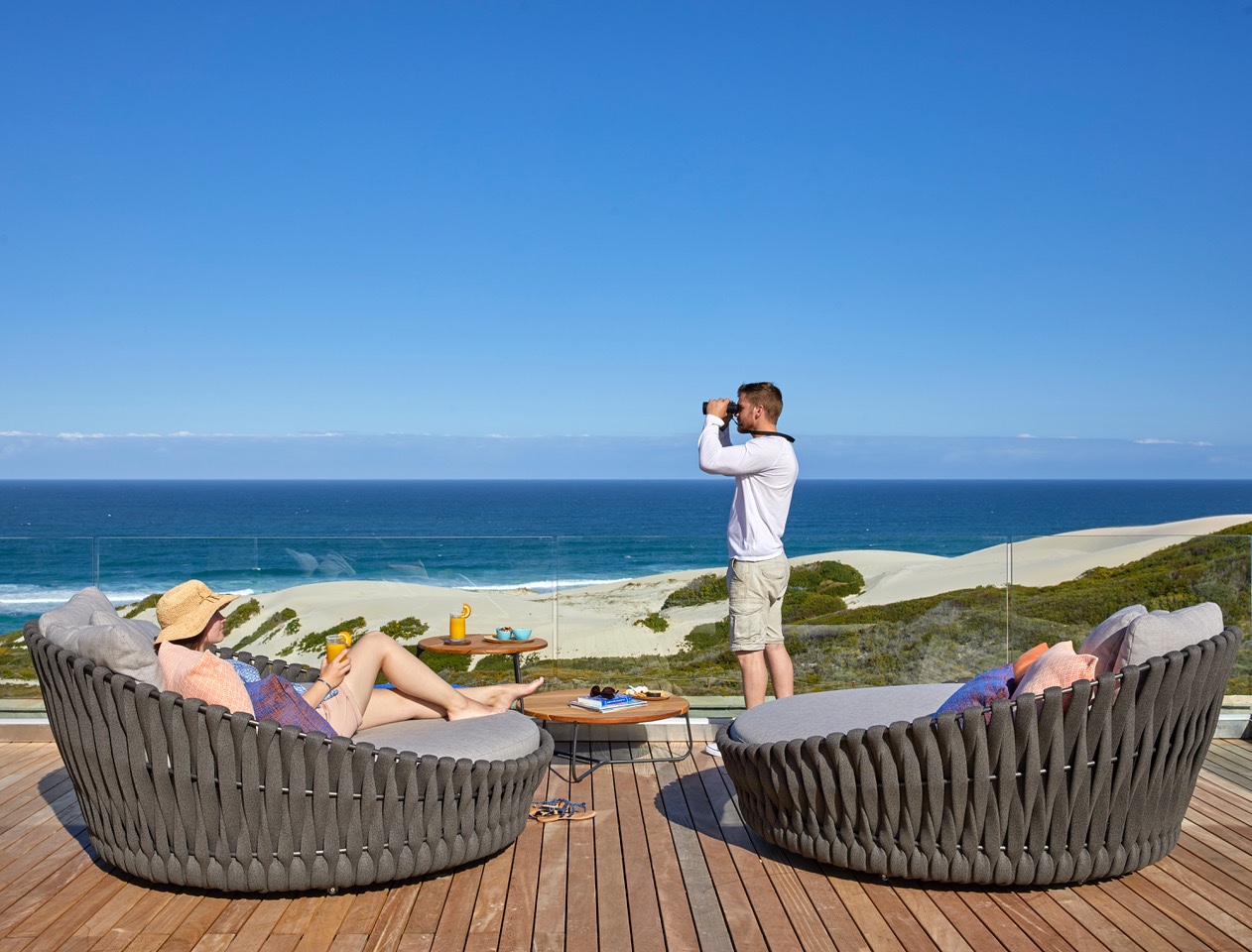 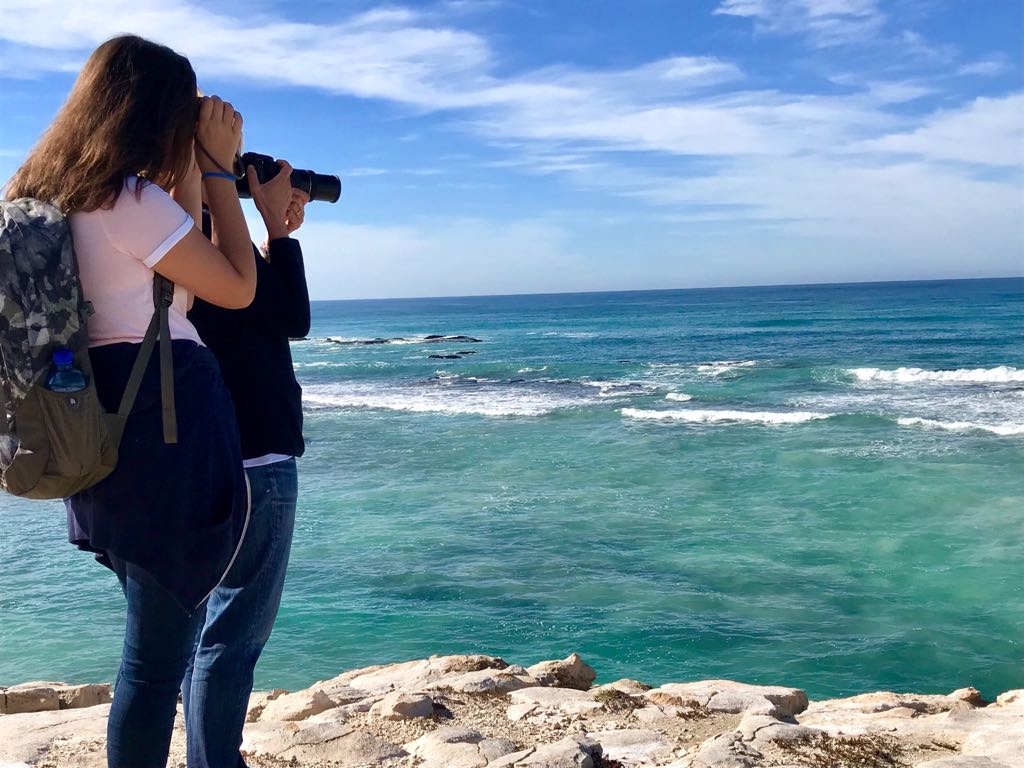 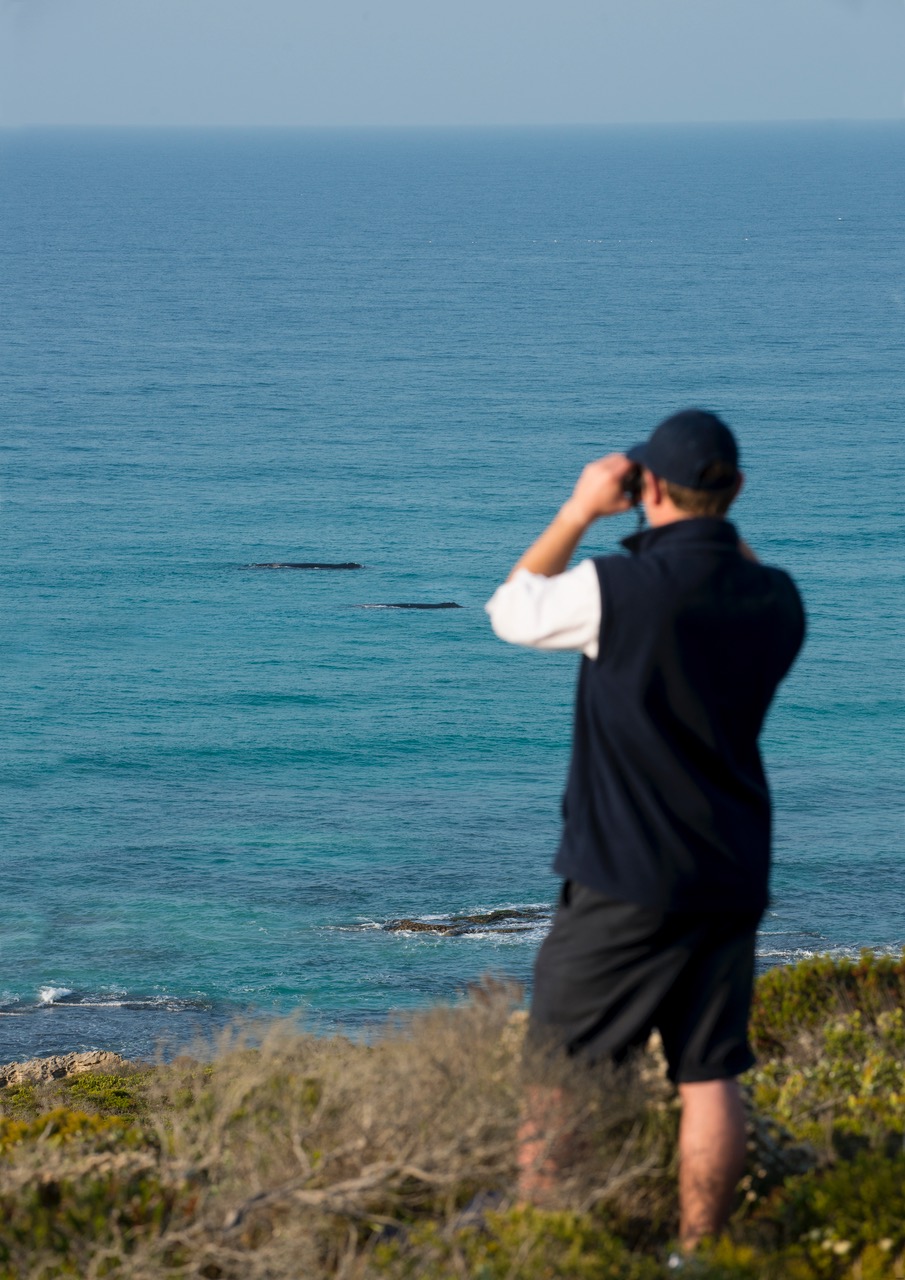 The Cetacean family incorporates whales and dolphins, and other sea mammals. World Whale and Dolphin Day shines the spotlight on threats to dolphins and whales, including fishing net entanglement, captivity, whaling, industrial pollution of the oceans and military use of intense sonar waves known to harm and even kill cetaceans. Morukuru Family is deeply committed to conservation, and we support an urgent ban on all forms of capturing and exploitation of dolphins and other sea mammals from the Cetacean family.

The Southern Right Whale is arguably one of the most widely recognised species, but 37 different species of whales and dolphins have been recorded along the Southern Cape coast. Morukuru Family de Hoop guests can also look out for other types of whales like Humpbacks, Bryde's and even the occasional Killer Whale (Orcas), as well as diverse marine species like the African penguin; porpoises; Cape Fur Seal, the Black Oystercatcher and of course their special playmate, dolphins. 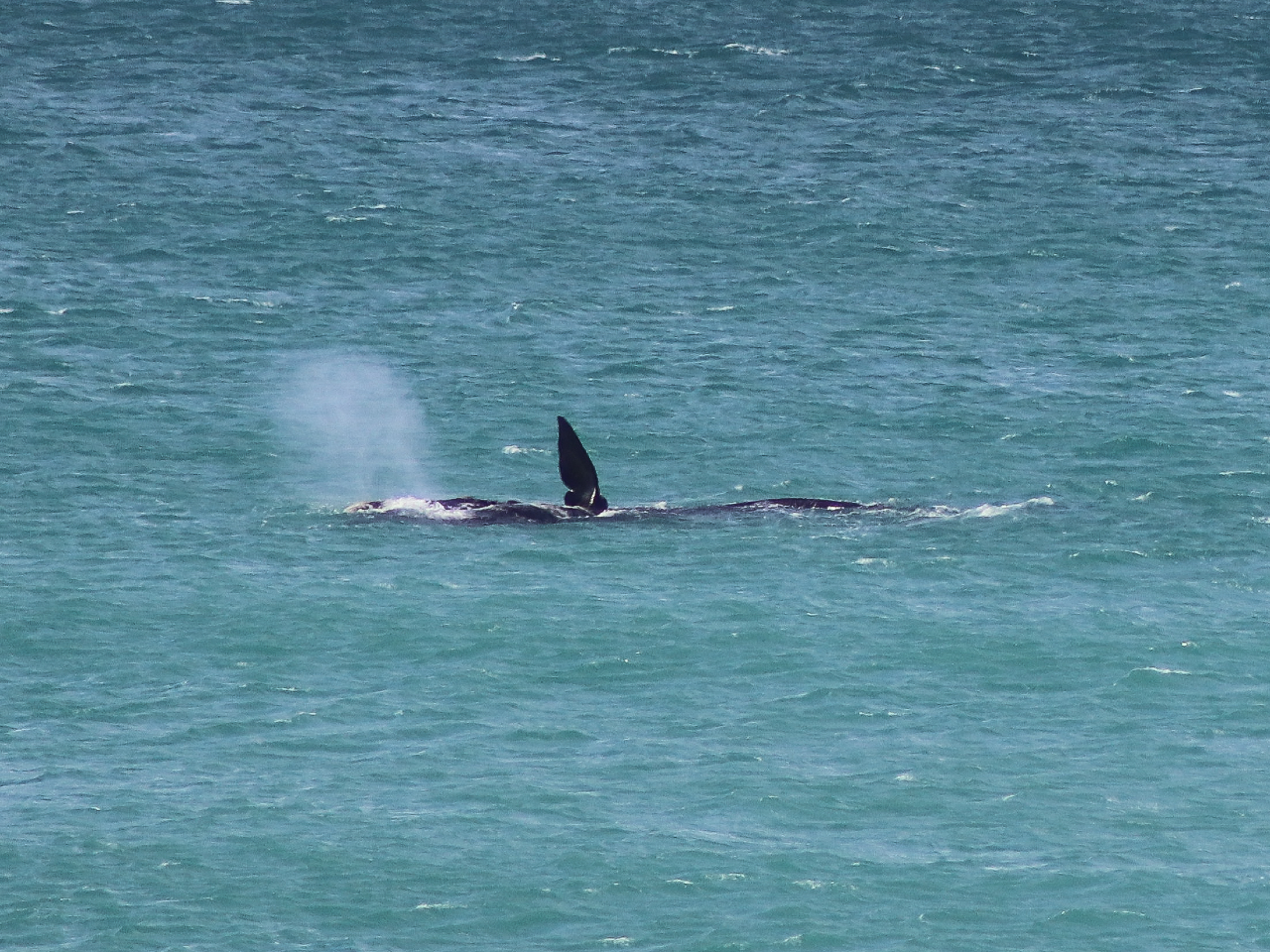 Dolphins have a form of communication to interact with each other. They recognize the other members of the group through distinctive sounds. Echolocation allows dolphins to see through sounds. It informs the dolphin about their distance and size. 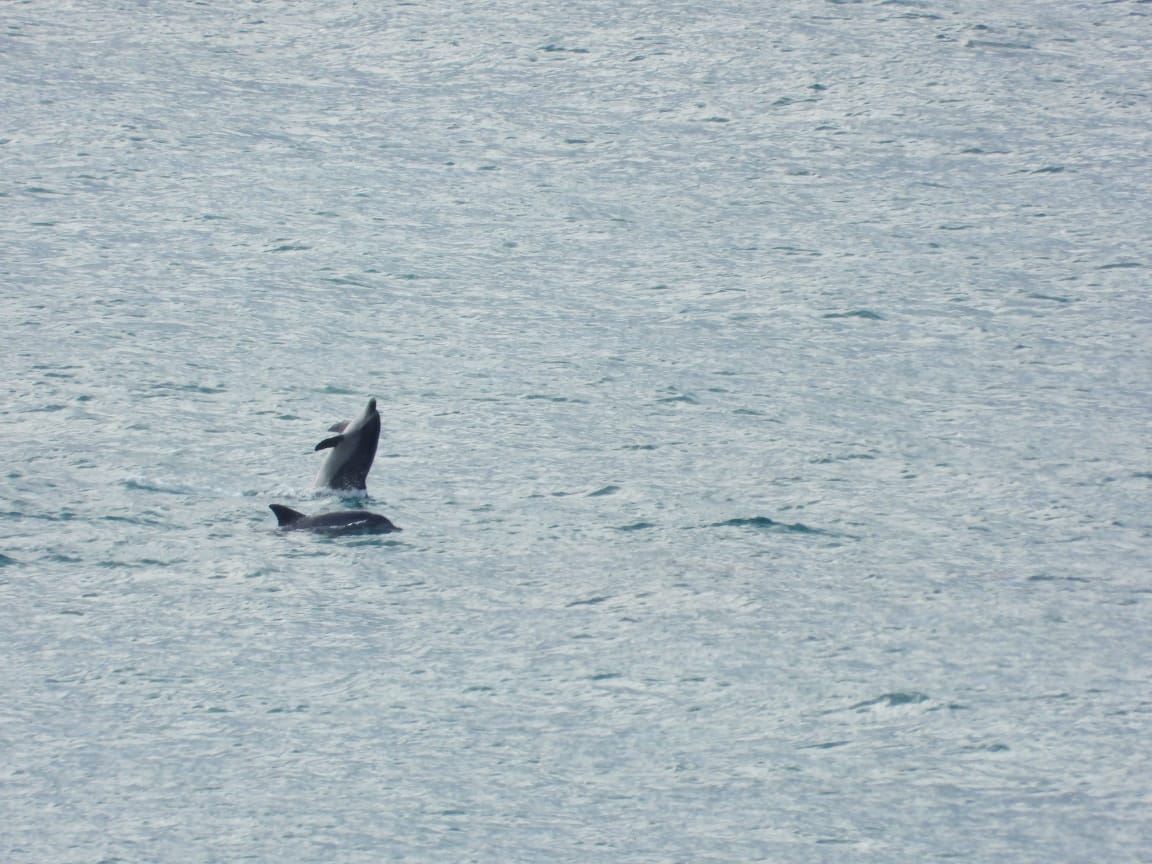 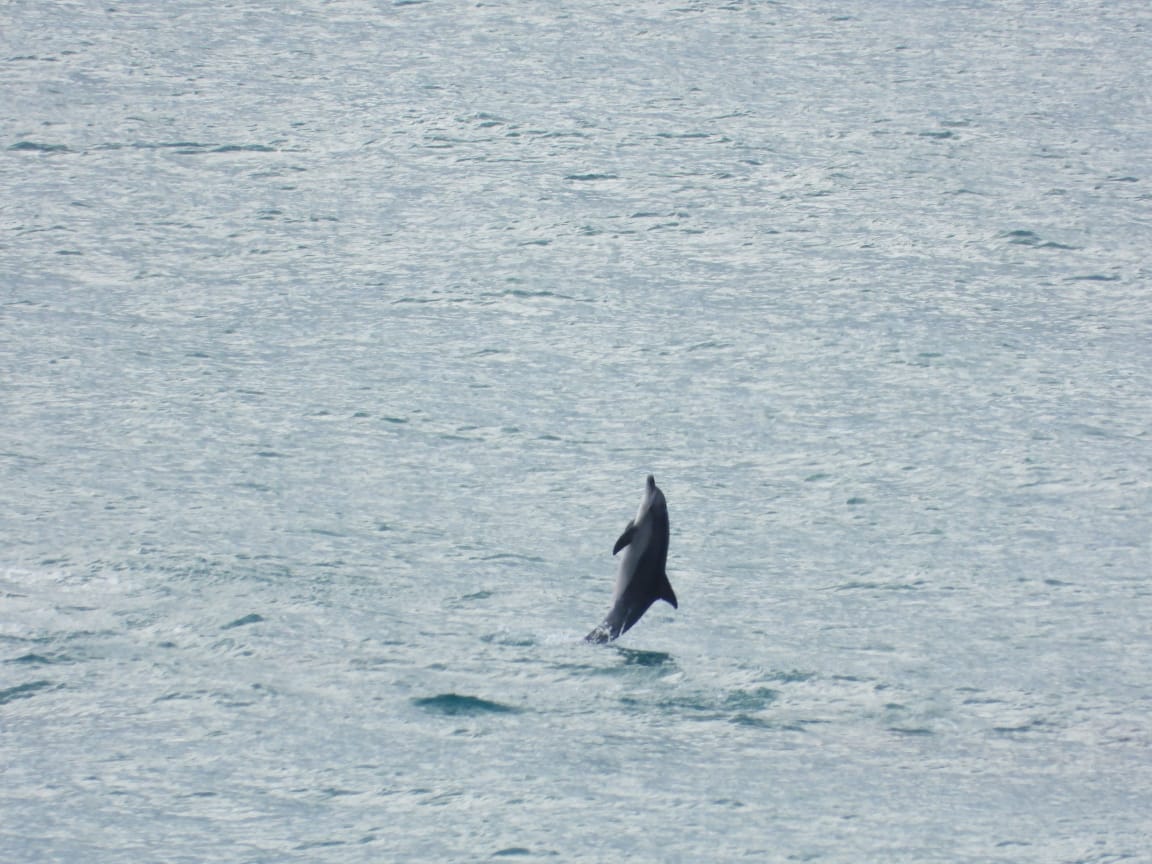 Dolphins are known to be selfless and help other species. Marine scientists have discovered that these intelligent animals are known for assisting other animals like whales and sometimes even humans.

Ranger and Guide Riehan Groenewald says, “Whale watching season is a special time of the year for all of us here in the de Hoop Nature Reserve - and we are all excited about experiencing excellent whale sightings - and of course, we can’t forget their pals, the playful and friendly dolphins”. 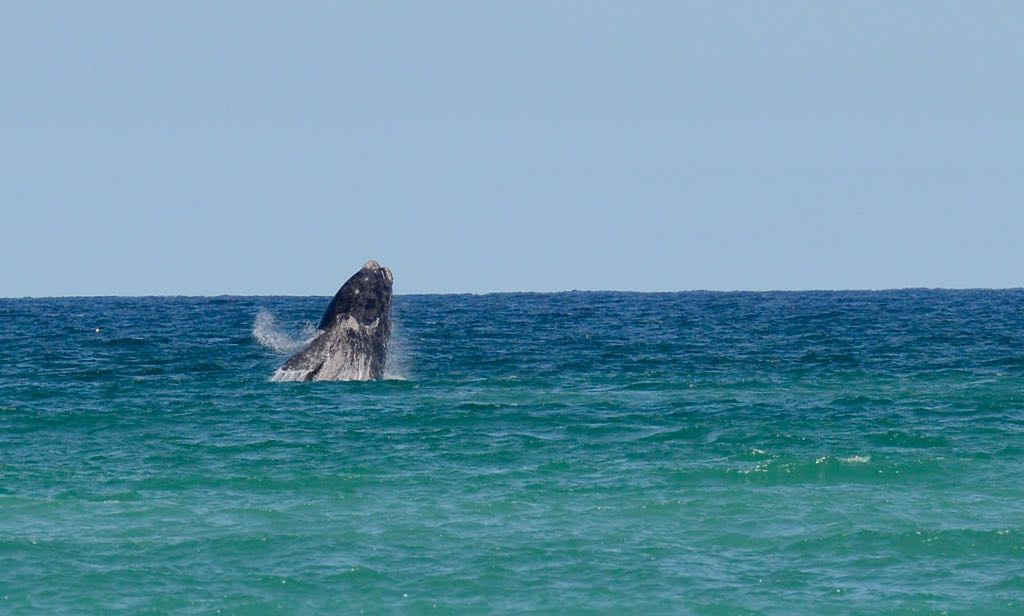 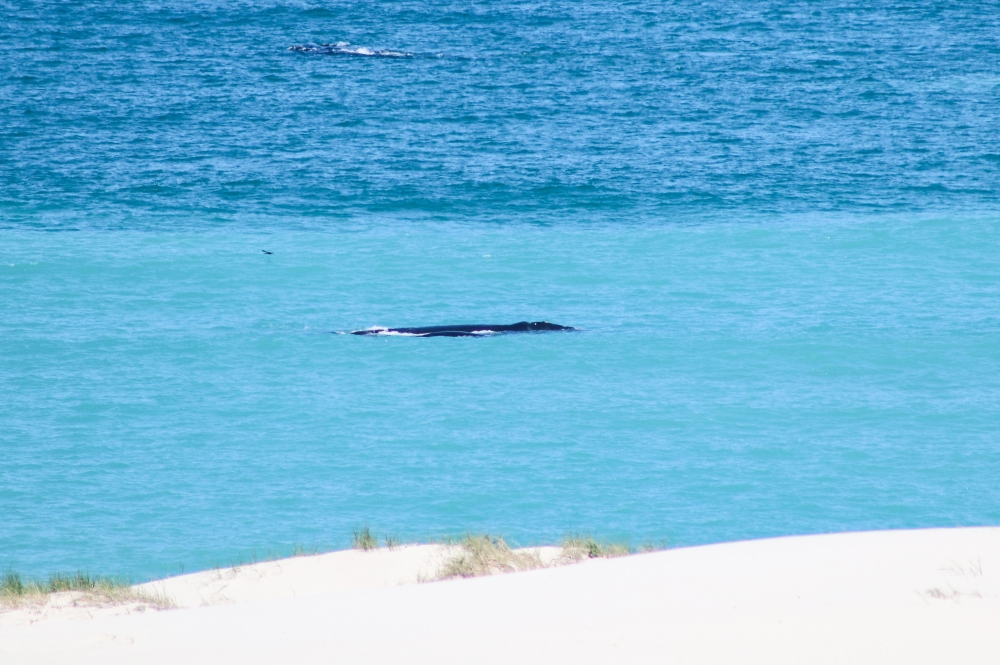 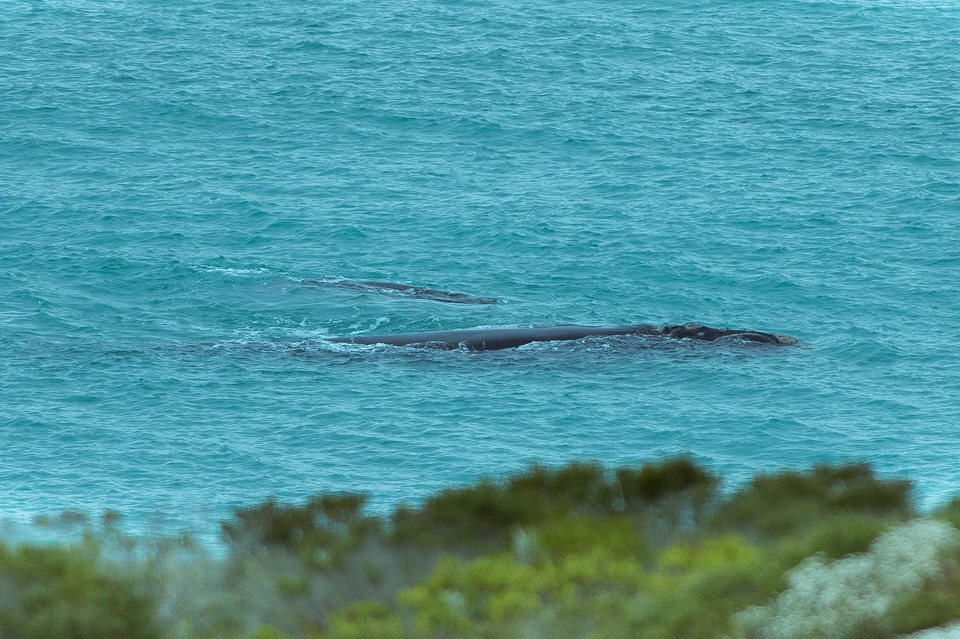 This World Whale and Dolphin Day 2022, we mustn't forget that whaling is not the only threat to these animals. With the whaling ban still in place, whale meat sales are not allowed. However, catching whales, dolphins, and other marine species for dolphinariums, oceanariums, and circuses presents the most danger to their existence.

Irish actor and film producer Pierce Brosnan is vocal on environmental issues and has said “We owe it to our children to be better stewards of the environment. The alternative - a world without whales, is too terrible to imagine.”  All of us at Morukuru Family agree! 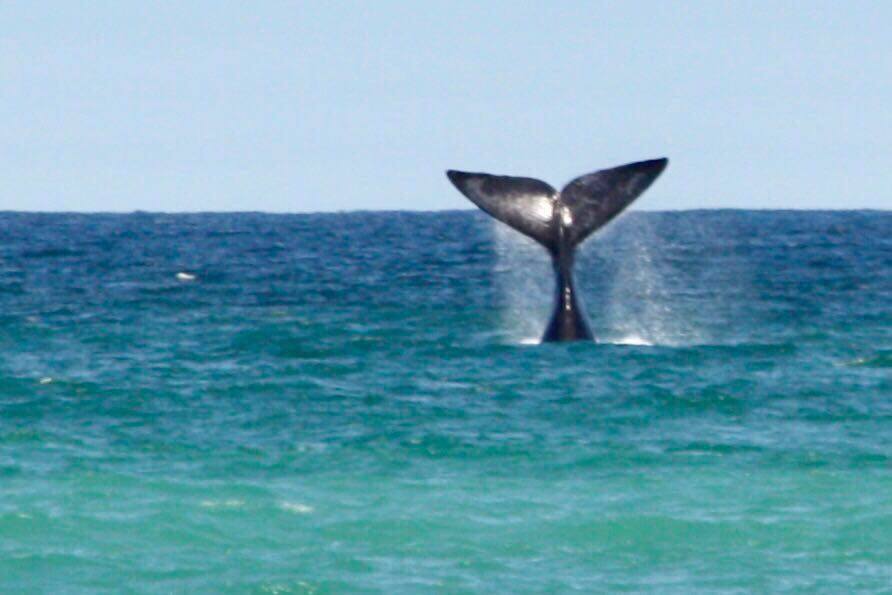