Our Marine Guides share some of their Frequently Asked Questions

Every guest who checks into Morukuru Family De Hoop ( Ocean House and Beach Lodge) is a unique personality. At Morukuru Ocean House we choose to celebrate individuality with our Freedom Concept, which means our visitors can handpick how they want to spend their holiday. Every activity, meal or experience decision is fluid and can be tailor-made to personal preferences.

Something that is not as one-of-a-kind is the Frequently Asked Questions that Marine Guides are quizzed on. It seems that some topics are extremely popular, and similar questions pop up all the time. Our team at Morukuru Family De Hoop share their list of FAQs:

How big is the nature reserve?  We count ourselves super-lucky to have a backyard of 36 000 hectares as well as the Southern Cape Coast, which is a designated  Marine Protected Area.  The De Hoop Nature reserve is a beautiful year-round destination ideal for nature lovers, and the uninterrupted space allows for four seasons of nature walks, dune boarding, mountain biking and game-viewing from a safari vehicle. During our Winter (June – August), it is home to migrating Southern Right Whales visiting from Antarctica to mate and calve. This means land-based whale watching is on the agenda, as well as the chance to tackle the Whale Trail and De Hoop Camino, which are both famous for delivering profound experiences. 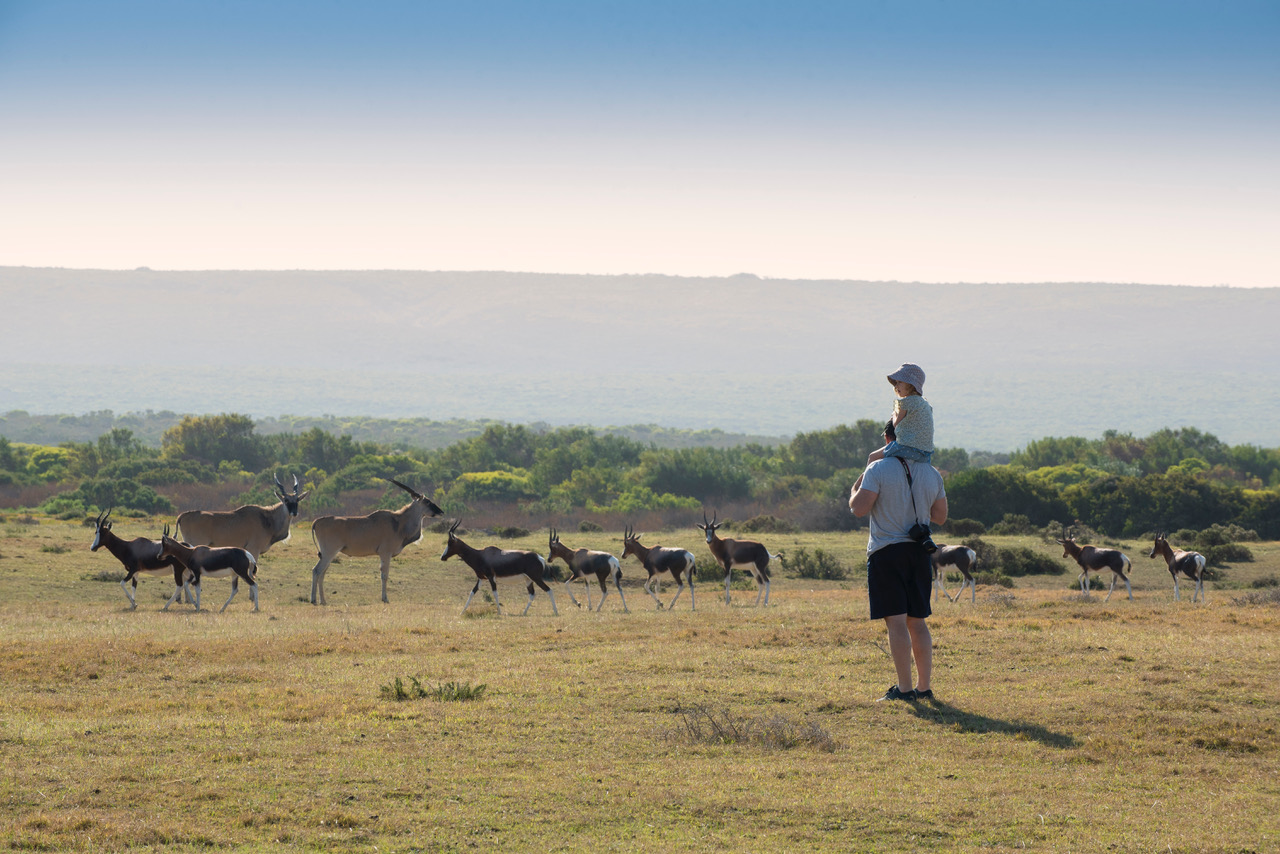 Is the Paper Nautilus shell plastic?  No, it is made from calcium secreted by the female octopus to lay her eggs in. This is quite a tricky one - although it is called a “nautilus”, it is actually an octopus. A nautilus is a mollusc that uses jet propulsion to roam the ocean deep. The primary function of the paper nautilus’ thin shell is to protect eggs! Unlike other octopuses, who hide their eggs in protective nooks on the ocean floor, paper nautiluses secrete a thin calcite shell in which they lay their eggs. The mother then carries her eggs—up to 170,000 of them—around with her until they hatch. 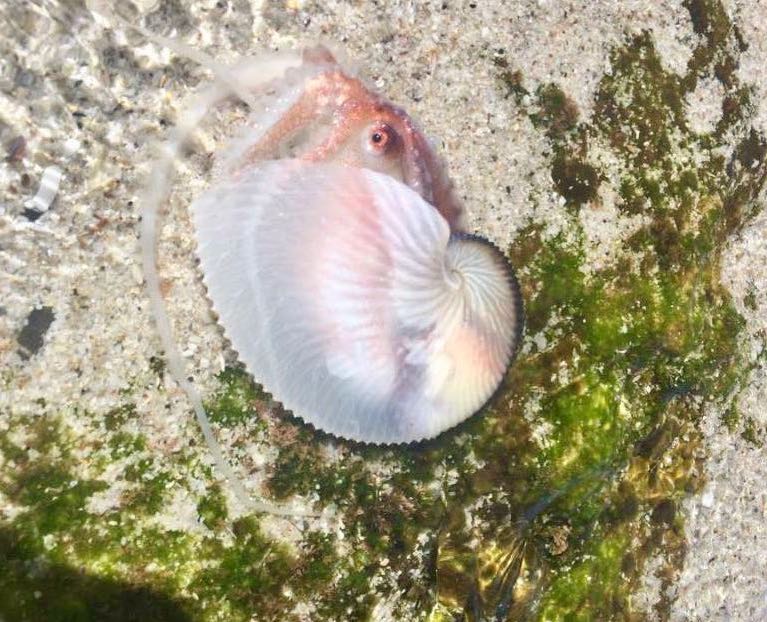 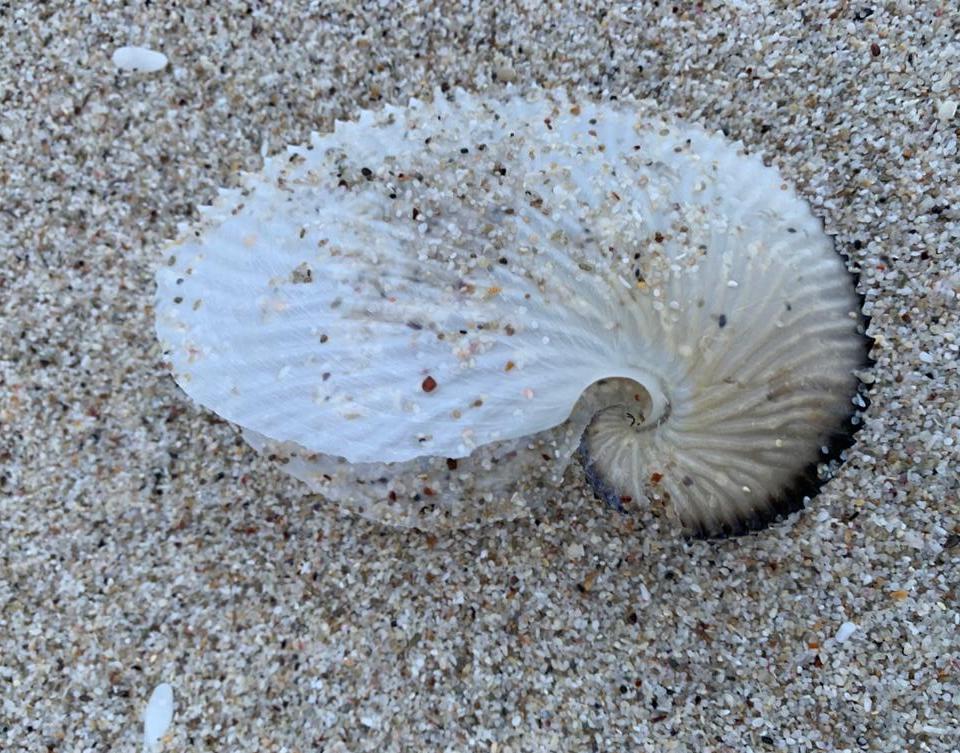 How many eggs does a female Ostrich lay? Ostriches make use of communal nests. This means a single nest could have up to 60 eggs in it!  Ostrich flocks are made up of a dominant male and a dominant female. Breeding season is between March and September, and this is when you might see the dominant male performing a ritualised courtship dance. The male gets to strut his stuff, shaking his wings and tail feathers in the hope that the dominant female will be impressed. If his efforts are acknowledged, the two will mate. Other hens in the group may also mate with the dominant male or with other subordinate males.

The dominant male takes responsibility for establishing the nest, and he scratches out a shallow pit in the dirt. The dominant female will lay around 7-10 eggs in the centre of the nest, and the other females place their eggs on the outside. 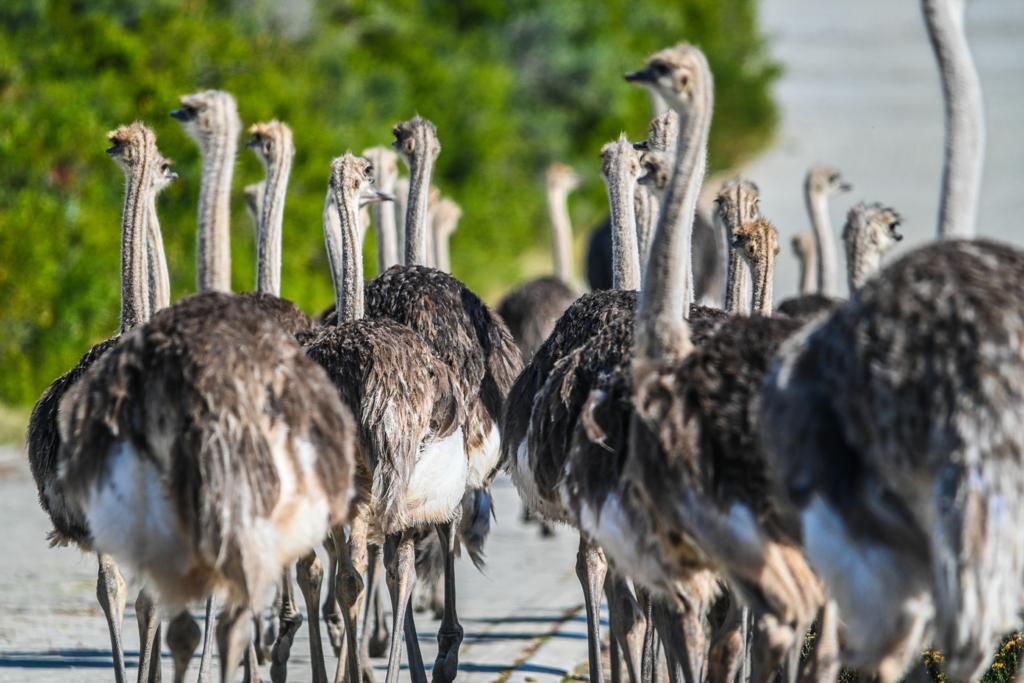 How fast does an ostrich run? These flightless birds can get up to 70km/h. They are like rockets and are known to be the fastest two-legged creature on the planet.  Ostriches' speed is down to having just two toes on each foot (most birds have four), with the large nail on the larger inner toe looking similar to a hoof. These design features allow an ostrich to cover up to 5m in a single stride.

Ostriches do have a reputation for being a bit silly and for burying their heads in the sand. This is actually not true. But what is factual is that ostriches are pretty vicious, and if they are threatened, they use their powerful legs to kick. Those large talons on each foot can cause serious harm to potential predators. 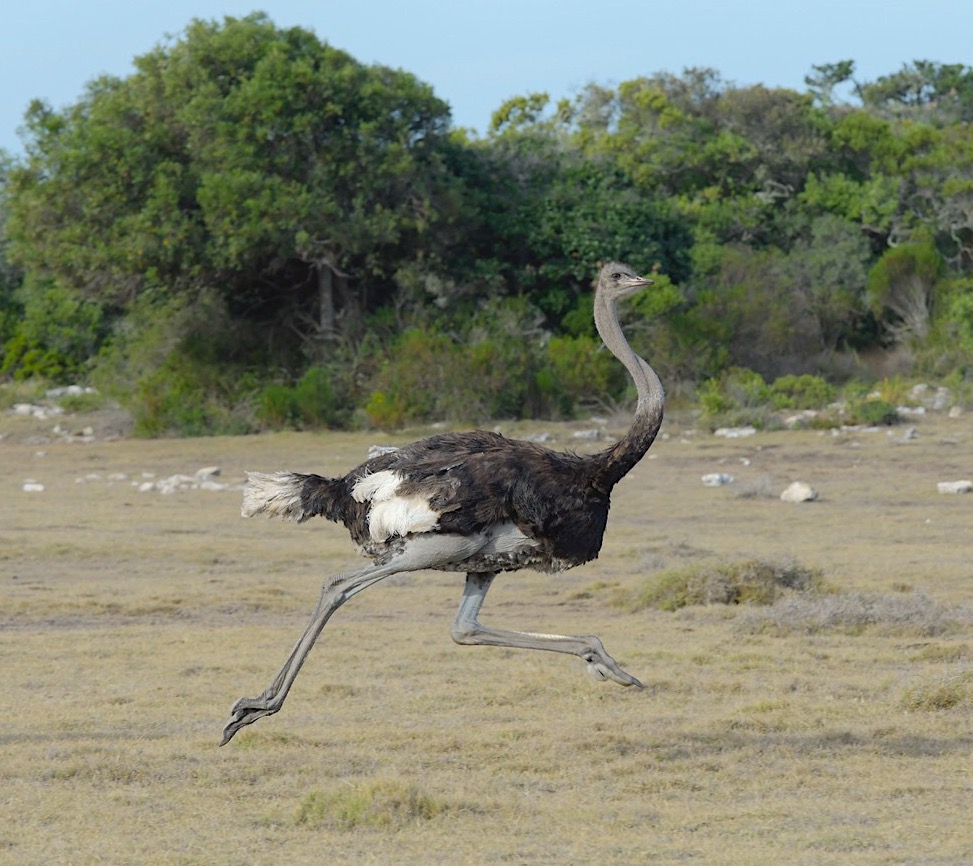 Why do the whales come here? The Southern right whales move up to the warmer waters to give birth in the winter months. Ewe start seeing the whale from as early as June until November. The calving season is in August and September. Southern Right whales have a gestation period of 12 - 13 months and prefer calm bays to give birth. You can often spot a “midwife” helping during the birth and bringing the new calf to the surface for its first breath. Calves are born tail first and can swim 30 minutes after birth. 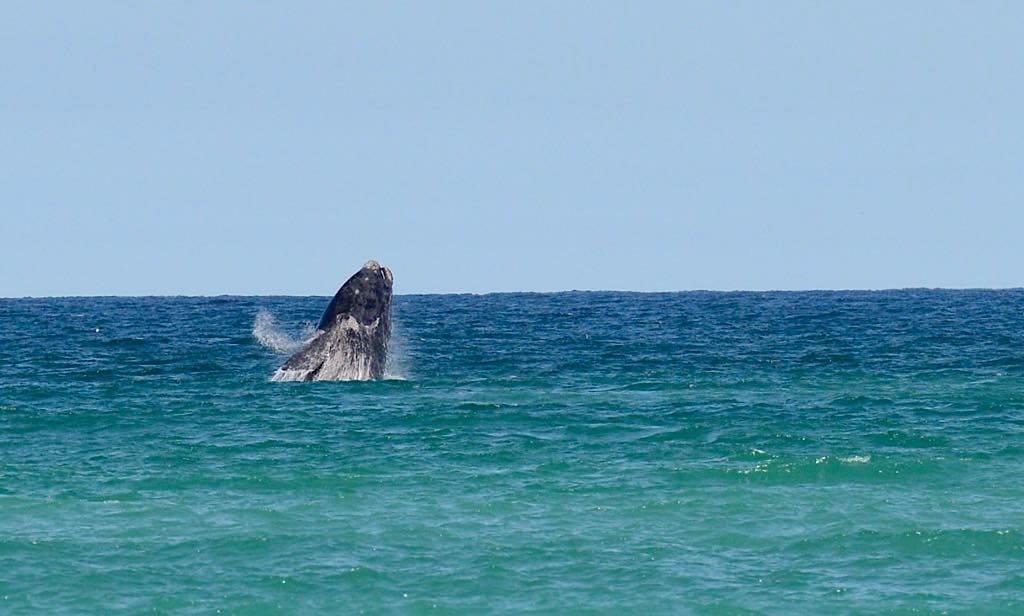 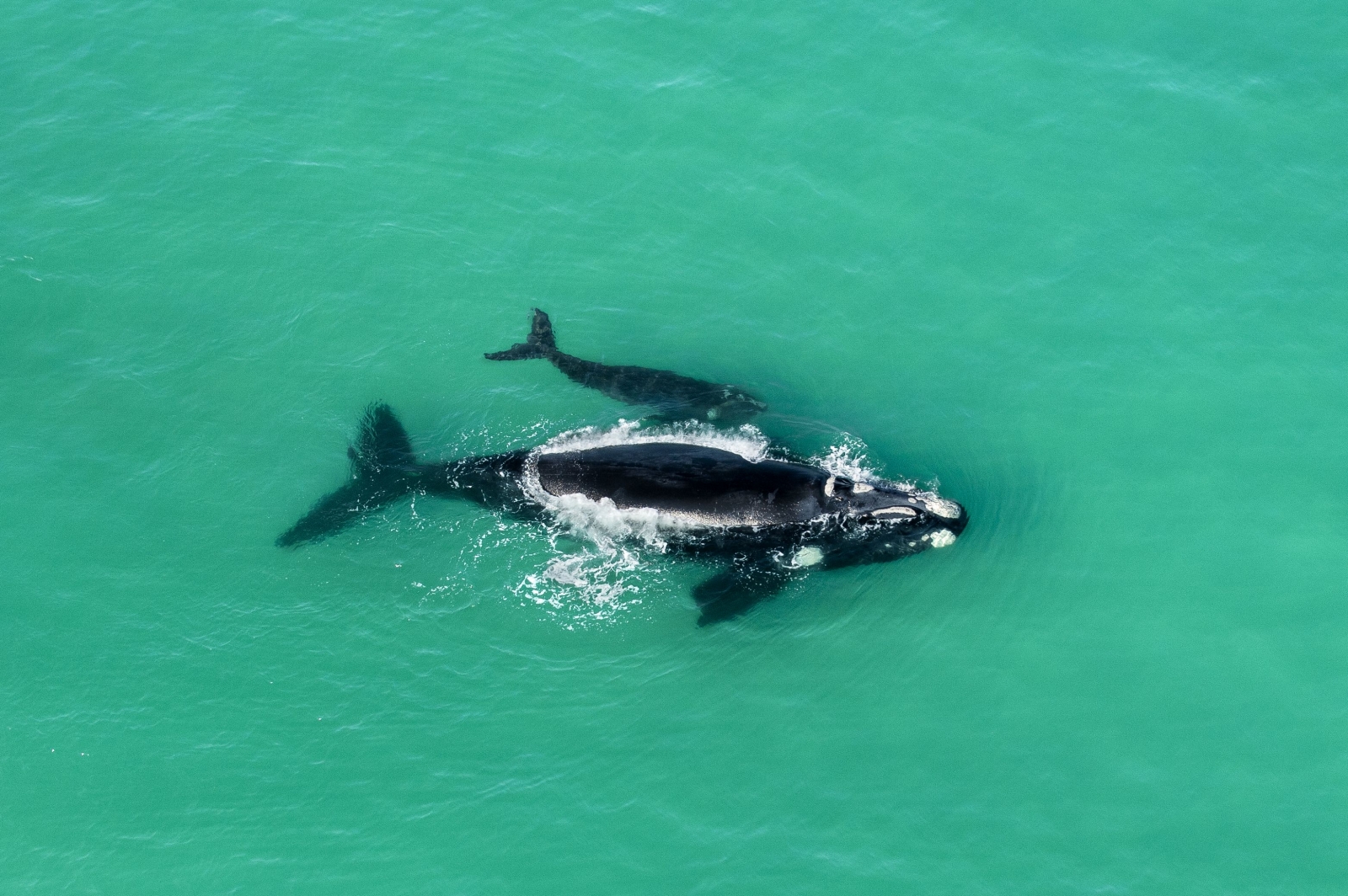 Is a Starfish alive, and can I keep it? It is still alive, and we must put it back in its natural environment. Starfish are actually not fish but belong to a large group of marine mammals known as echinoderms. Are there dolphins and sharks here? The Southern Cape Coast is populated by dolphins and sharks. Dolphins are one of the most loved animals in the world and are also known for their jumps near the beach or on the side of ships. Dolphins are famous for being energetic and having fun with each other, and these lovely mammals also play with whales. Morukuru Family De Hoop is the perfect location, giving guests extraordinary dolphin-watching opportunities. If you see lots of fish, dolphins and birds feeding, it is a very good indication that there will also be sharks feeding in the area. We monitor all kinds of marine activity at the beach and are well-trained and experienced in advising guests. Do sharks lay eggs? Remember that there are over 500 shark species. Most sharks – including the great white shark – don't lay eggs and give birth to live young. The remainder are oviparous, meaning they lay eggs. A shark’s egg is also referred to as a mermaid’s purse.

What does Fynbos mean? Fynbos originates from an old Dutch word translating to “fine bush” most of the plants in this biome are characterised by small, fine leaves similar to heather-like trees and shrubs. Fynbos is only found in a small belt of South Africa, where it thrives in coastal, mountainous areas with winter rainfall and a Mediterranean climate. De Hoop Nature Reserve has the largest conserved area of lowland fynbos in the Western Cape, with an estimated 1 500 species. These hardy plants are floral superheroes, which withstand low nutrient soils, heavy downpours, strong winds and even droughts. 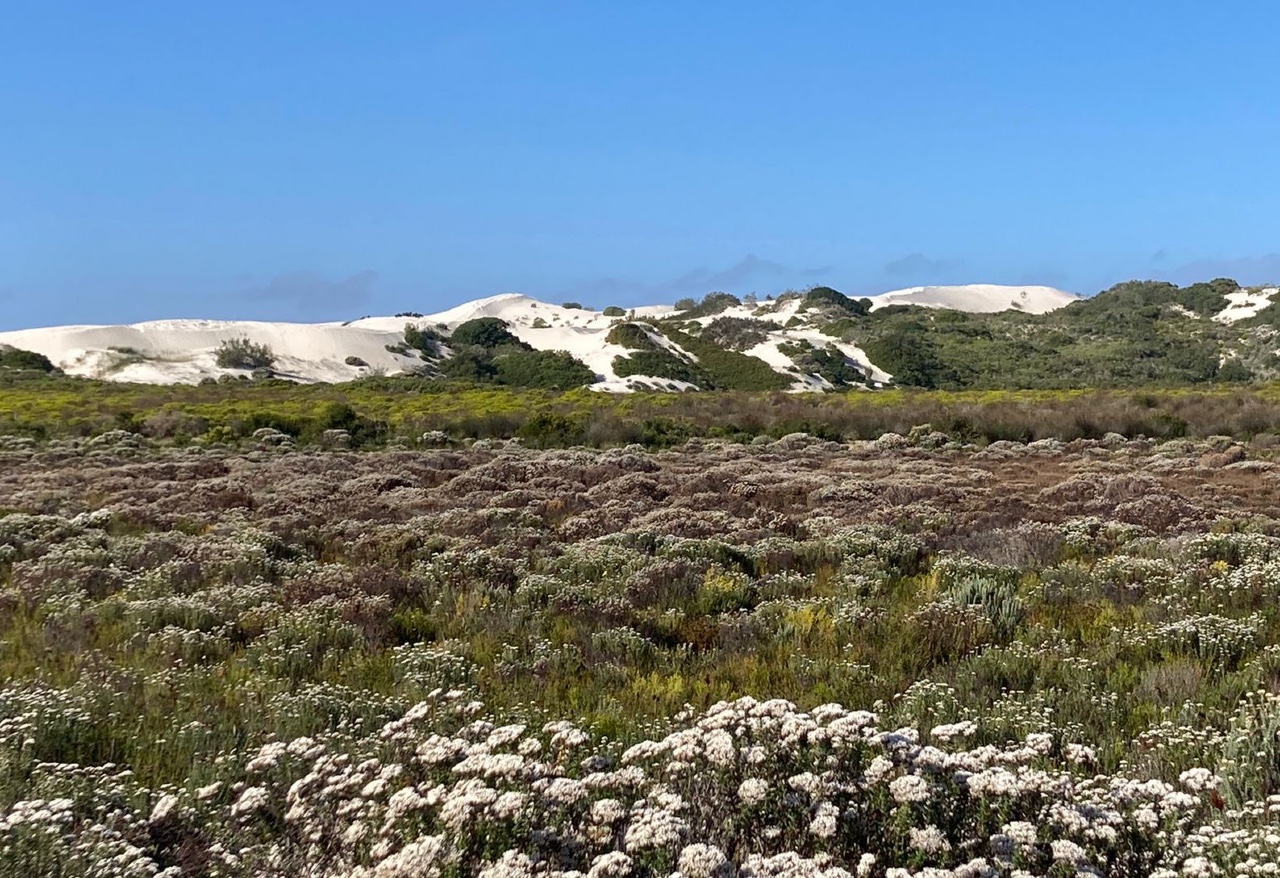 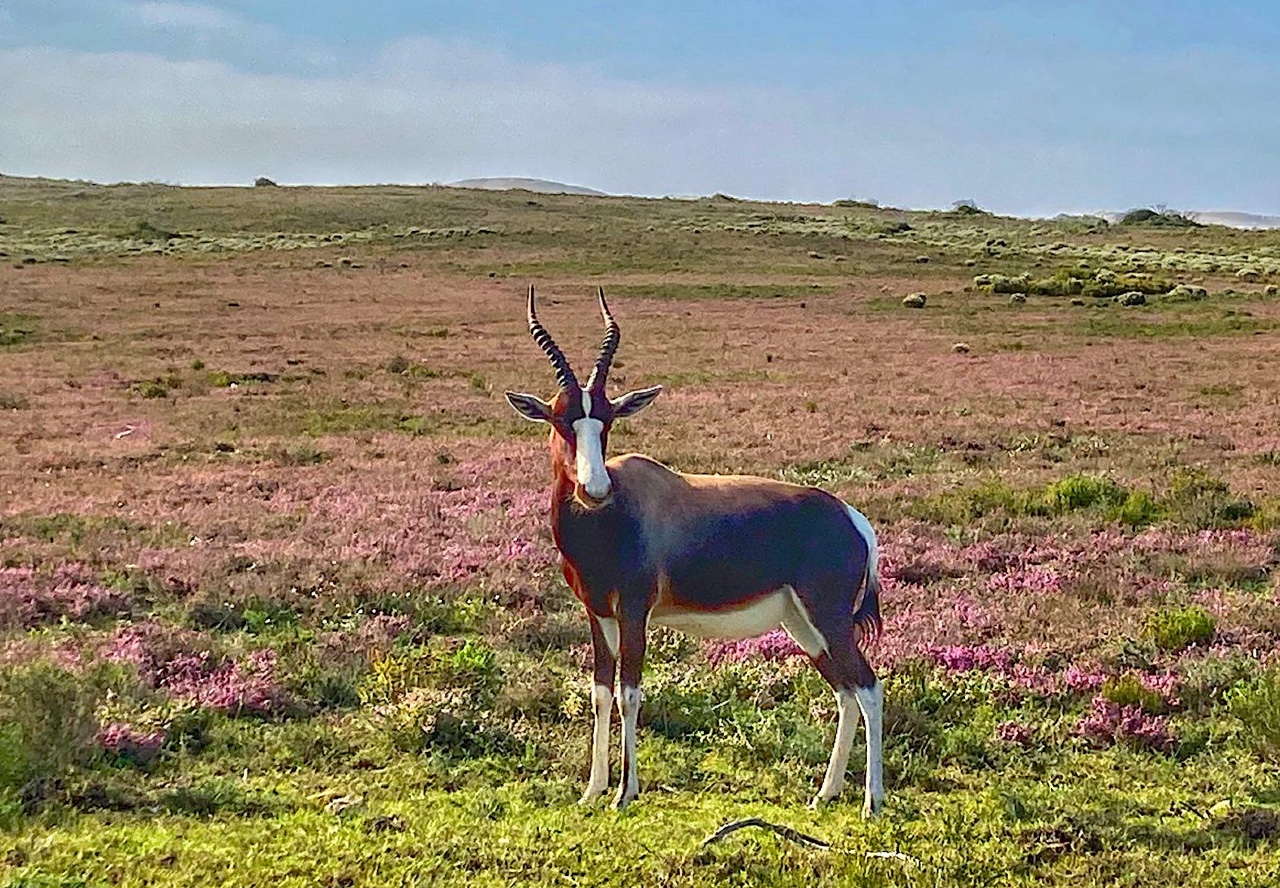 What predators are in the reserve? We have four predators in the reserve, namely the Cape Leopard, the Caracal, the Honeybadger and the Mongoose. We understand that there are fewer than 500 Cape leopard left in the Western Cape. The Cape leopard is the stuff of legends. They are highly elusive and seldom seen. They enjoy the rugged, low-nutritional fynbos biome of De Hoop, and we do record rare sightings. The Caracal is an exceptional climber and jumper. These skills make it a brilliant hunter that is literally able to "snatch" a bird out of the air. Honey badgers look adorable, but they are As fearless predators who won't hesitate to take down scorpions or venomous snakes for dinner. The mongoose is also a hunter and enjoys feeding on small animals such as rodents, birds, reptiles, frogs, insects, and worms. 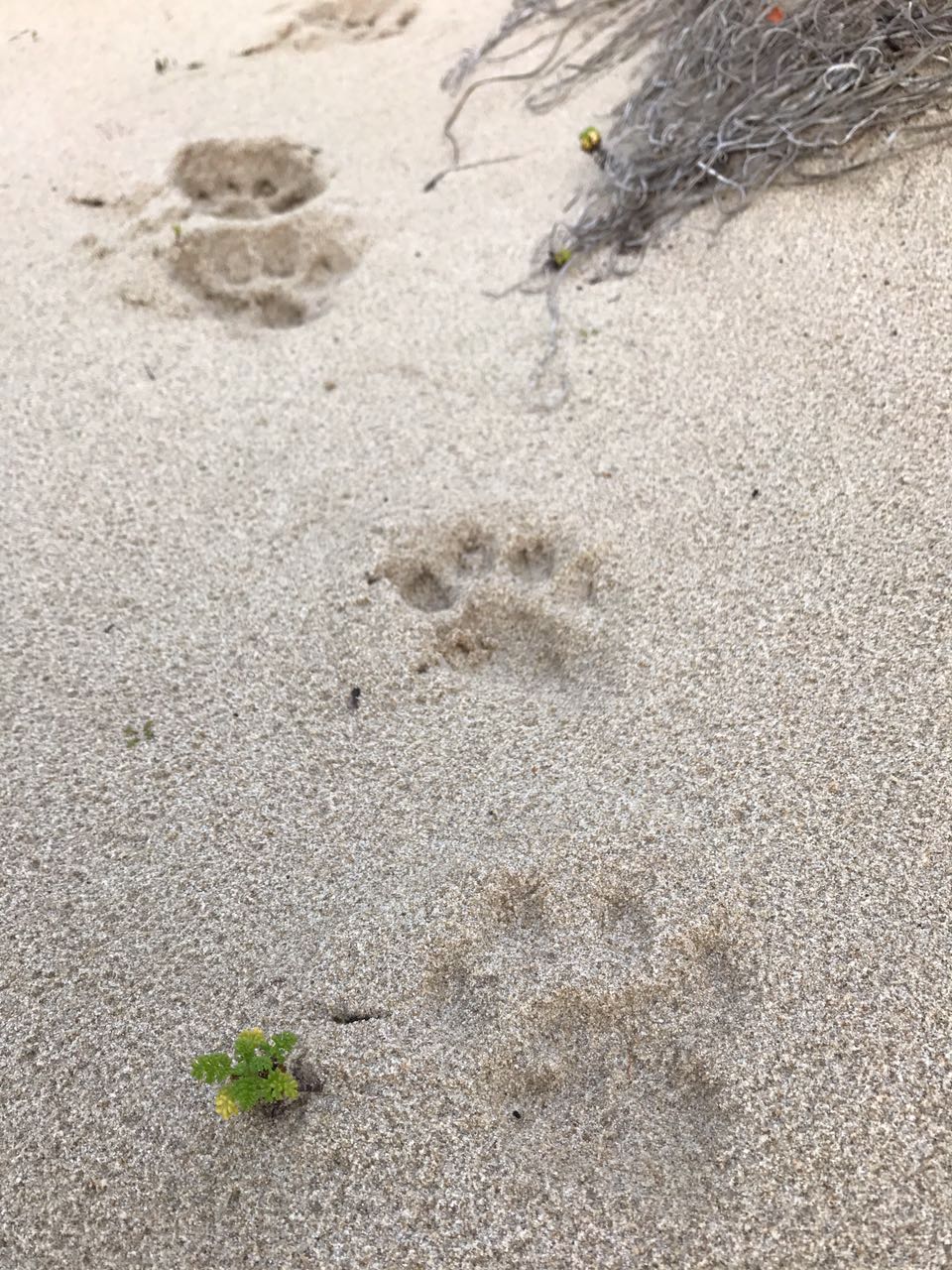 What snakes are there in the reserve?  With 36 000 hectares of protected reserve - you will definitely find snakes here in De Hoop. We have regular sightings of the Berg adder, Puff adder, Cape cobra, mole snakes, boomslang, spotted harlequin snake, and cross-marked grass snake, to name a few.  Don’t worry if you have Ophidiophobia (extreme, overwhelming fear of snakes) because venomous and nonvenomous snakes are extremely wary of humans. Simply leaving a snake to do its job in the landscape is the best way to avoid a bad encounter. 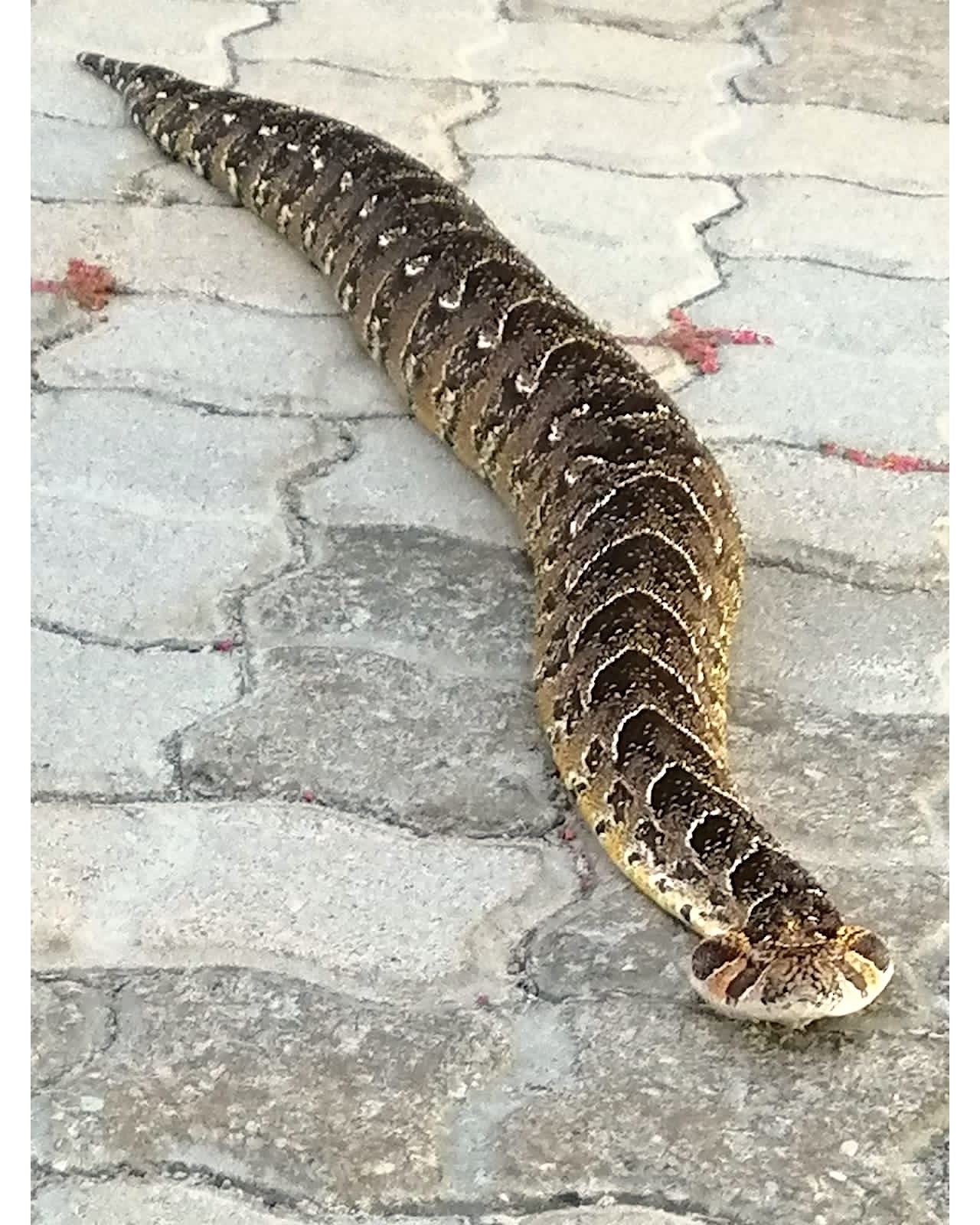 Is the Vlei salt water or fresh water, can the animals drink this water and are there fish there? It is brack water which means that is saltier than freshwater but not as salty as seawater. Animals do drink from the vlei, but only when the salt content is low. There are many fish in the vlei, which is important as they provide a food source for a number of waterbirds. Why is it called Hippo Pools? That name has a funny origin. Back when De Hoop was inhabited as farmland, this is where the farmers' wives used to swim, so they christened it Hippo Pools. It wasn’t meant to be unkind - it was just a funny expression that has stuck. 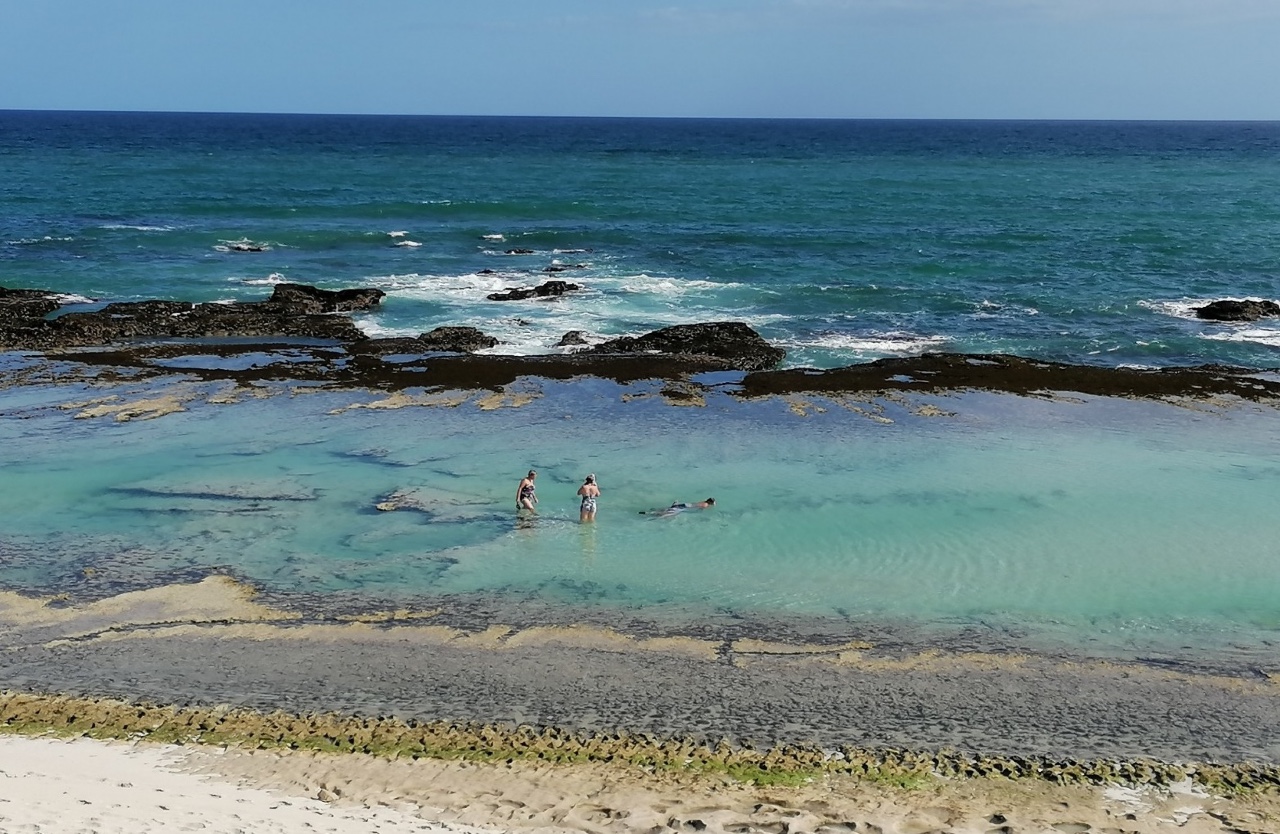 Do the animals go on the dunes? The white sand of our dunes is perfect for Dune boarding! This is one of the most exciting outdoor adventure sports, with plenty of opportunities for daring tricks and high speeds. Dune boarding is exhilarating, fast, fun, and super-safe, with sit-down options on offer. The only animals you might spot are the baboons and eland. 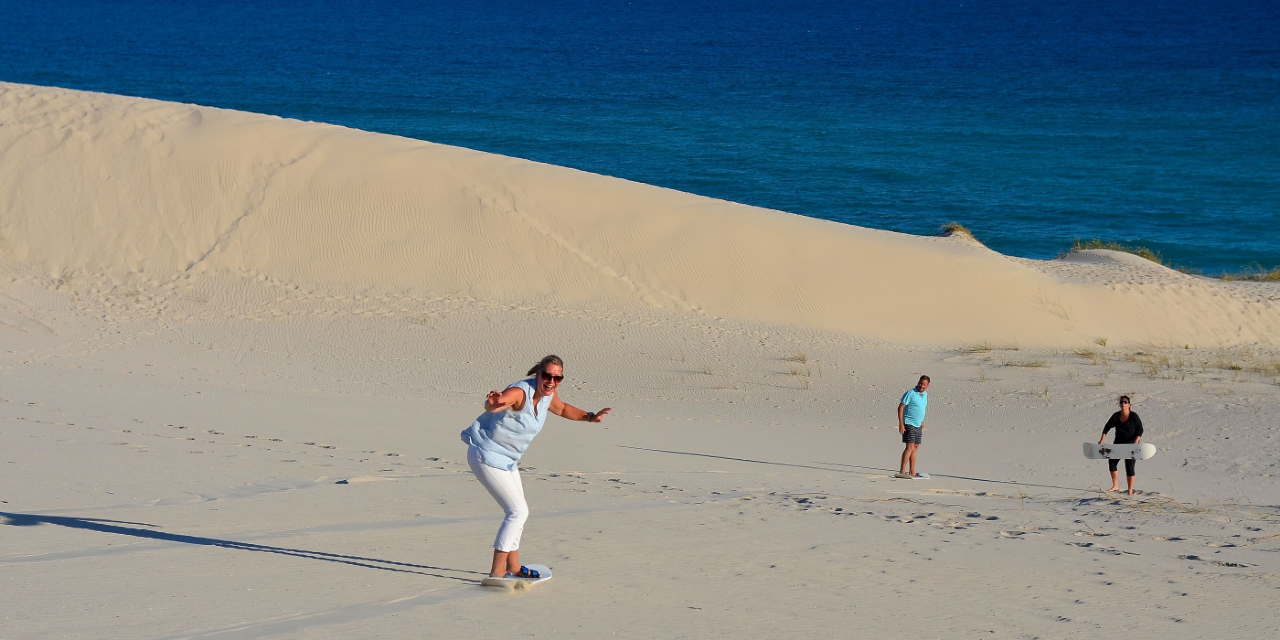 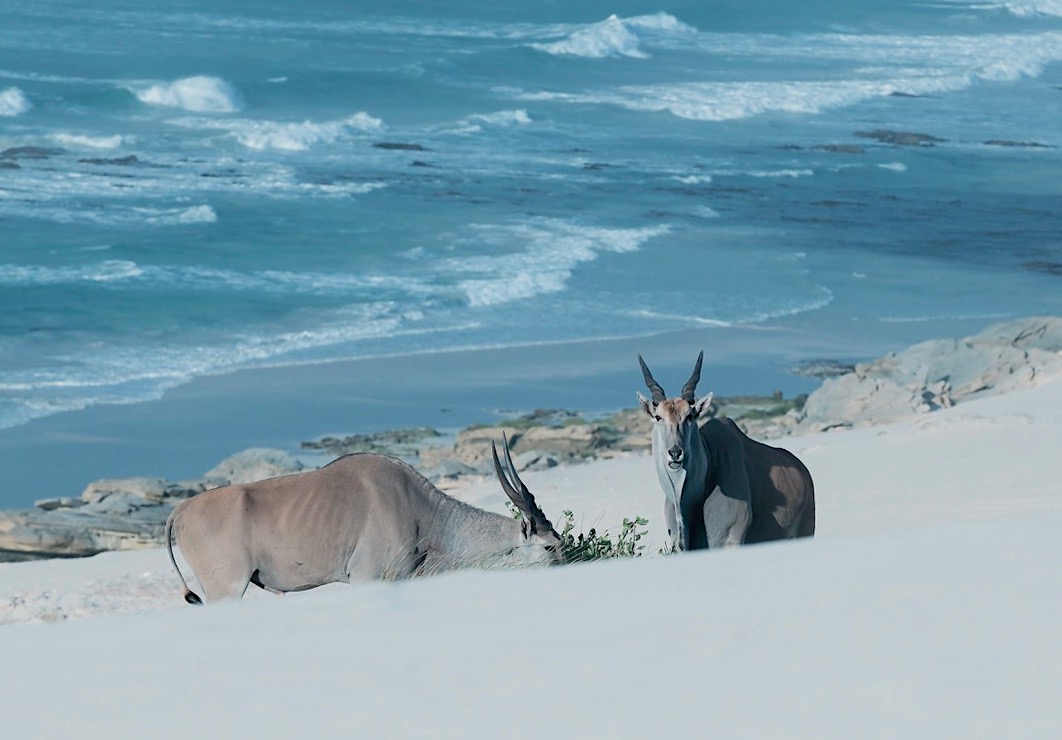 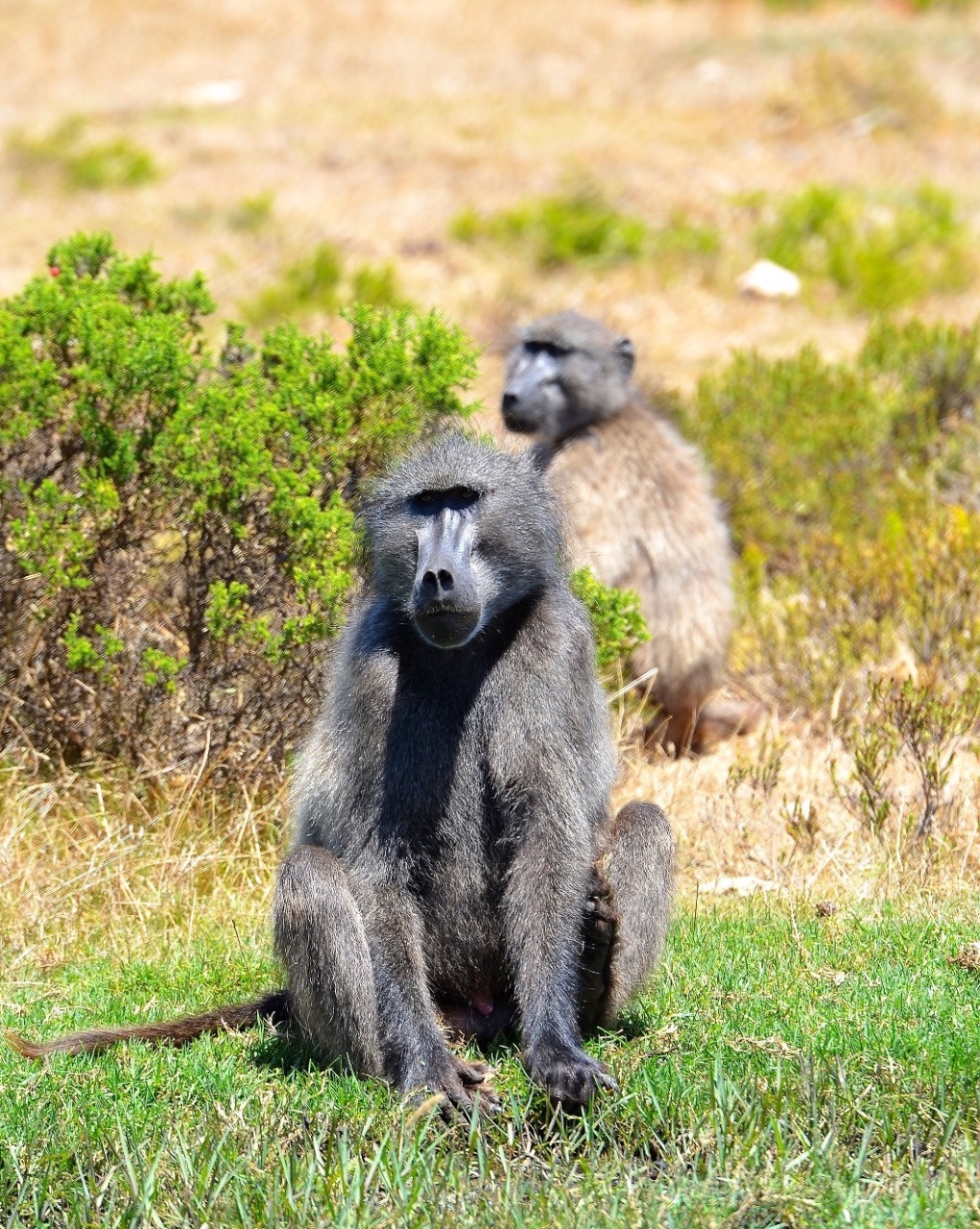