PrevWamkelekile – we are ready to welcome you!
No one needs a rhino horn but a rhino!Next

No day is the same at Morukuru Family Madikwe. When our team of rangers are out on game drives with guests, they cannot predict what animals will be spotted, what unusual sightings will come into view or even what is around the next corner. However, Shane, Armand, Dean & Evan expect lots of keen questions from our curious guests. We have compiled some of the most frequently asked questions and our team’s reactions. 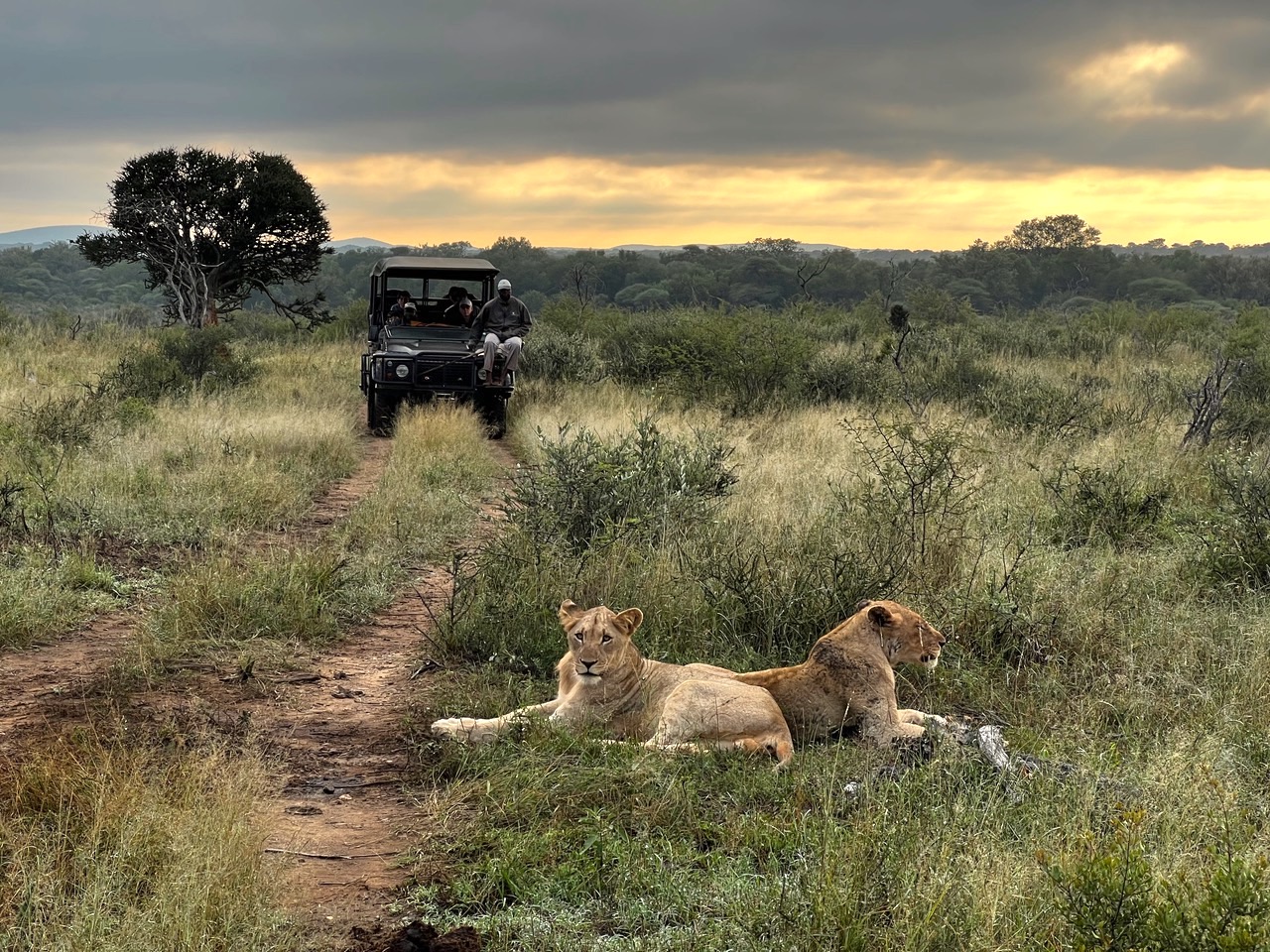 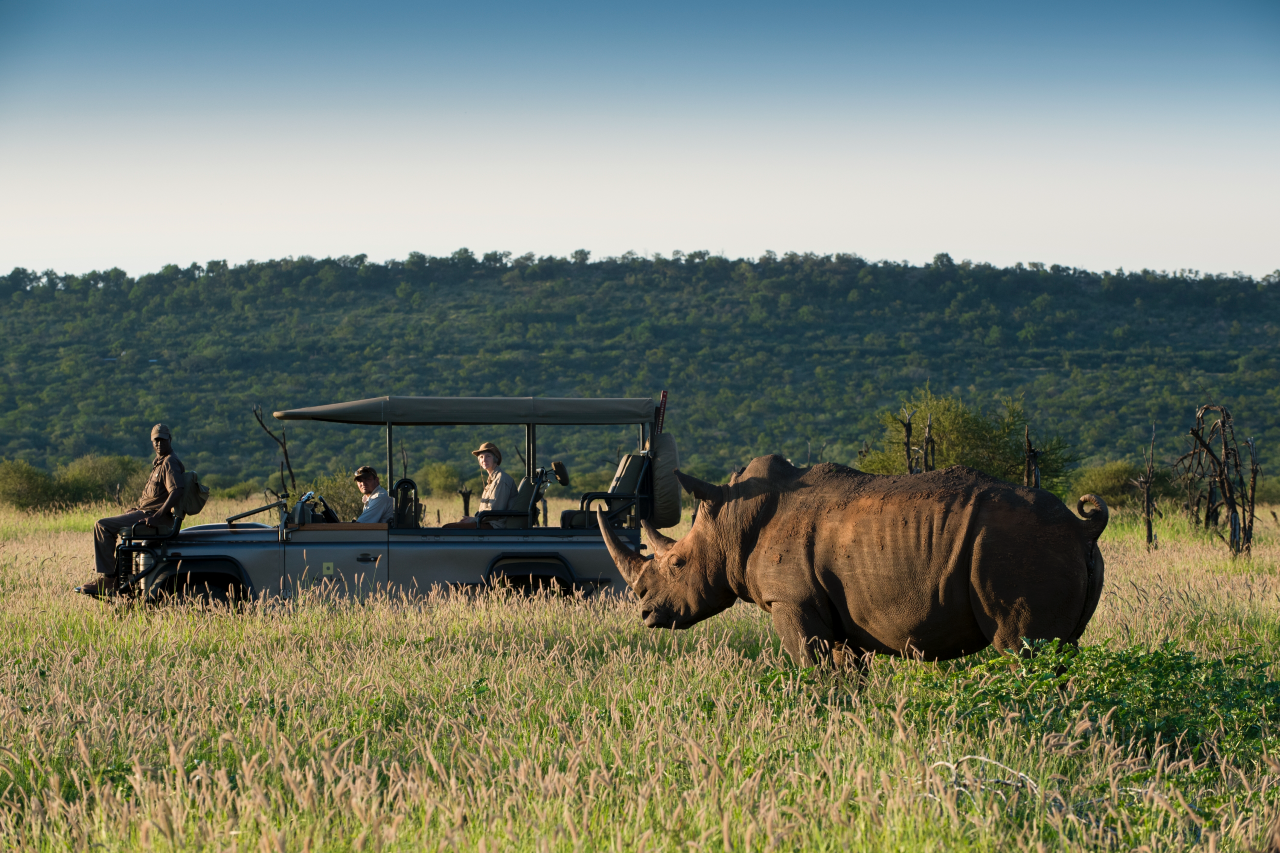 “Do elephants sleep lying down?”

Elephants can sleep both standing and lying down. However, mature elephants in the wild prefer to sleep standing up because it is easier. Elephants are so giant, so getting up and down takes effort. Young elephants are often seen sleeping stretched out because they are more mobile. 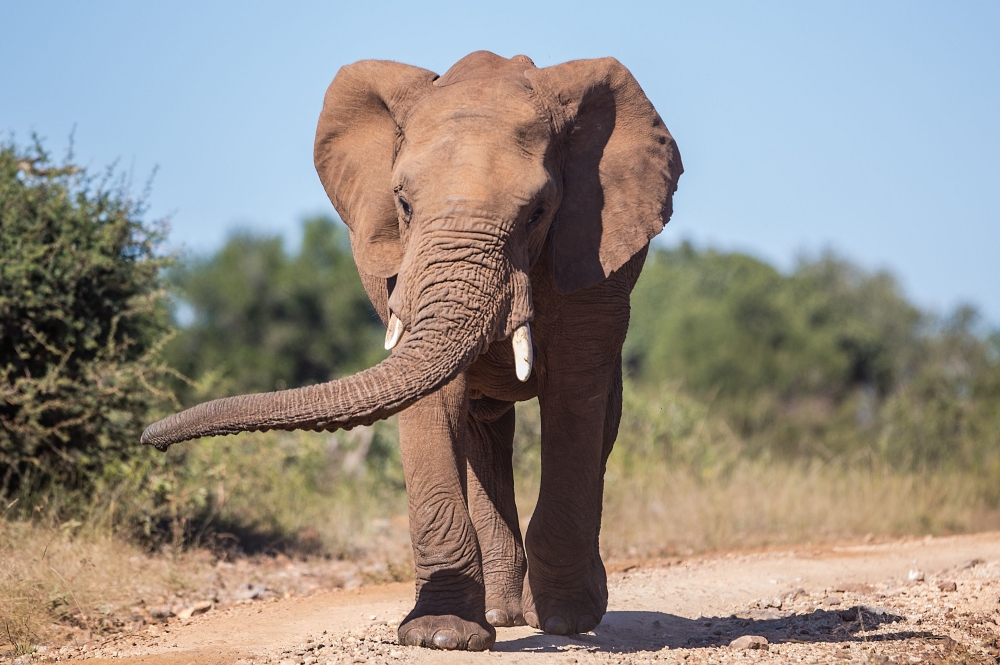 Most certainly not! Giraffe are herbivores and have a plant-based diet. The leaves of the Vachellia “acacia” tree are their favourite food, but they will also eat other leaves, seeds, buds, branches of trees, and occasionally grass. Sometimes you see Giraffe and antelope species chewing on Bones, but this isn’t because they eat meat. Instead, they are carrying out a practice which we refer to as Osteophagy. This is when animals that are usually herbivores consume bones. The reason for this is that most vegetation around the world lacks enough phosphate, specifically in dry winter months. Phosphorus is an essential mineral for all animals, as it plays a significant role in the formation of the skeletal system and is necessary for many biological processes. 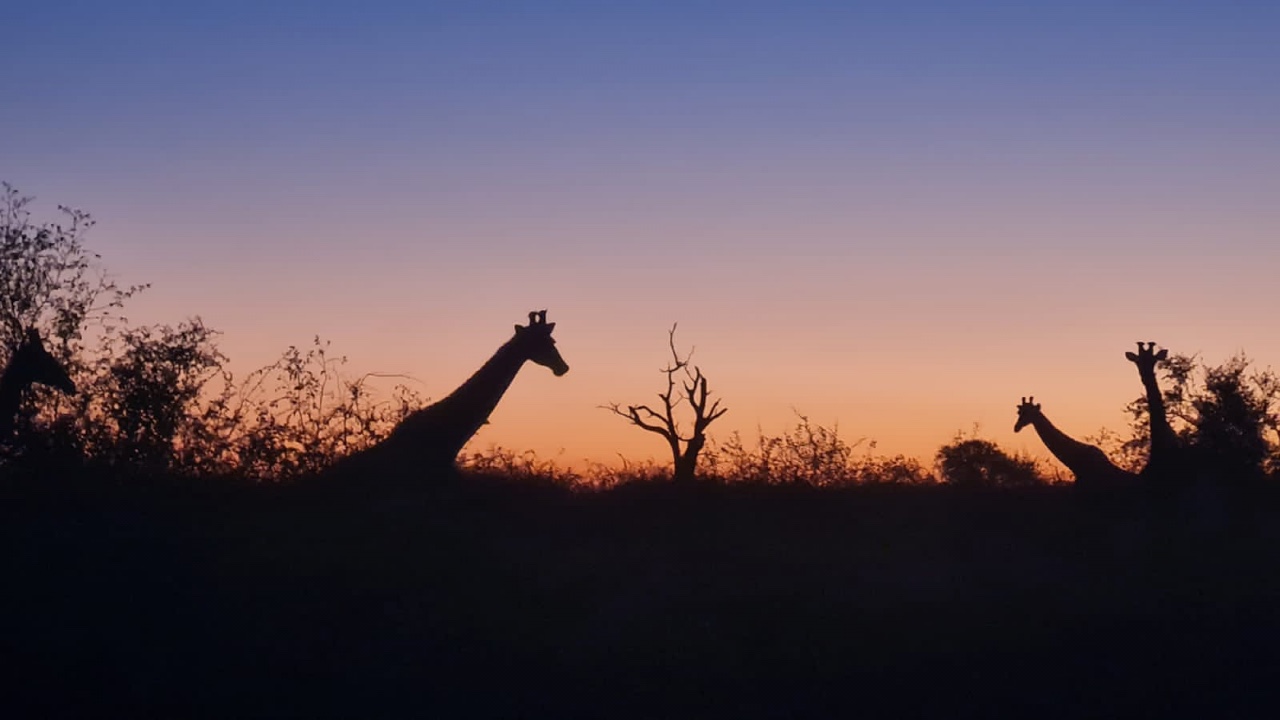 “How strong is a Hyena’s bite?”

A Hyena may look significantly smaller than many other predatory mammals, but their jaws are one of the strongest. With a vice-like grip and teeth that can tear through bone and tough meat, hyenas have a bite force of around 1,100 psi (pound-force per square inch). To put it in perspective, a human bite force sits at about 162 psi. How much water do elephants drink?

Typically, on a scorching day, elephants will frequent water holes all over the reserve, each time consuming small amounts of water to quench their thirst. An elephant’s trunk is basically a massive straw, and each pull allows 4 Litres of water to be taken and then squirted into their mouths. Sometimes as much as 7 Litres is sucked up. Elephants, on average, require about 100 Litres of water a day, but it isn’t unheard of for big elephant bulls to drink more than 200 Litres of water in the space of 5min. 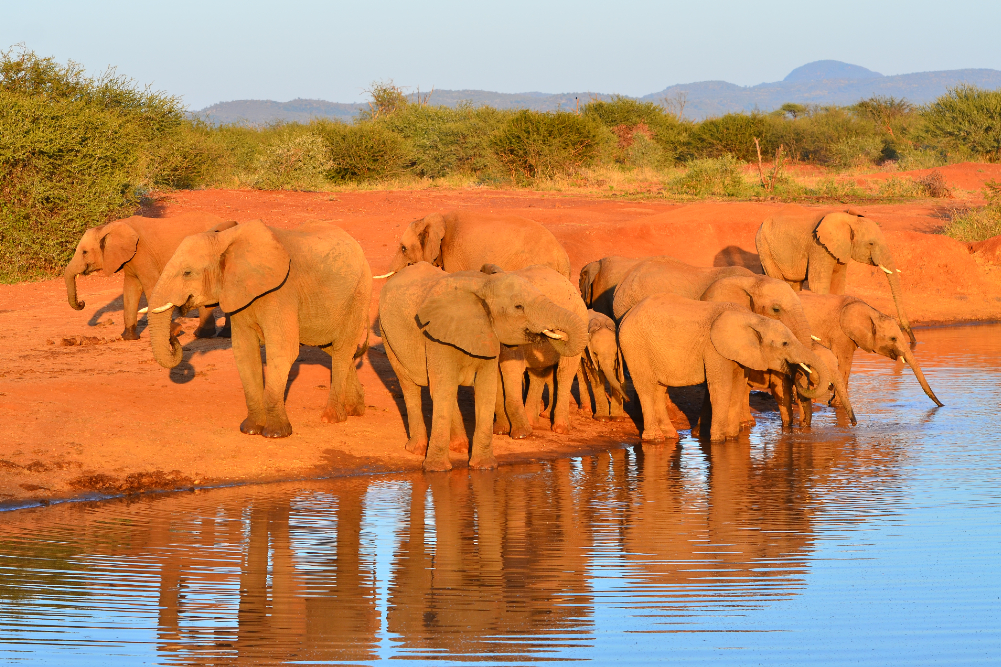 How many lion are there in Madikwe Game Reserve?

The park averages around 38-45 lions at any given time. The Reserves Lion Conservationist monitors our Lion population, so we get regular updates. We have about nine large males (territorial males) broken into four coalitions. 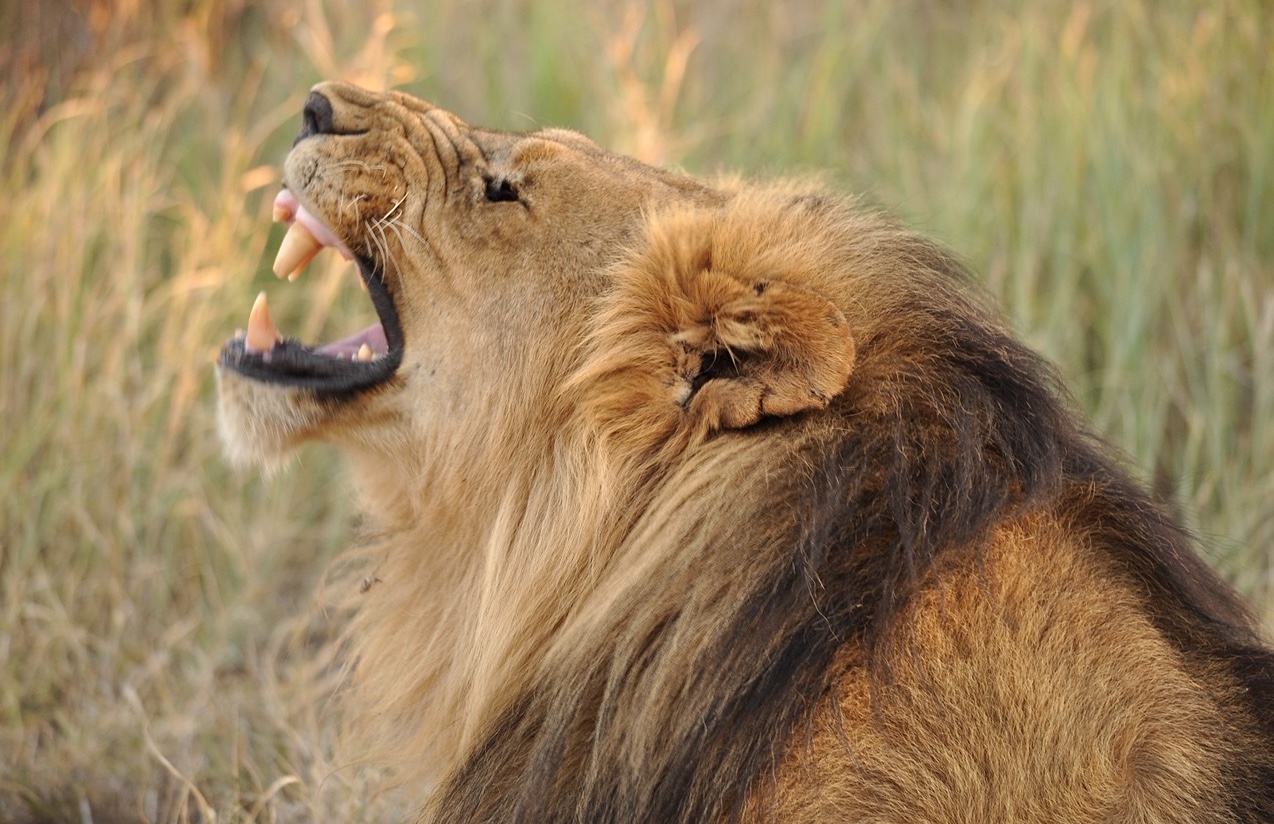 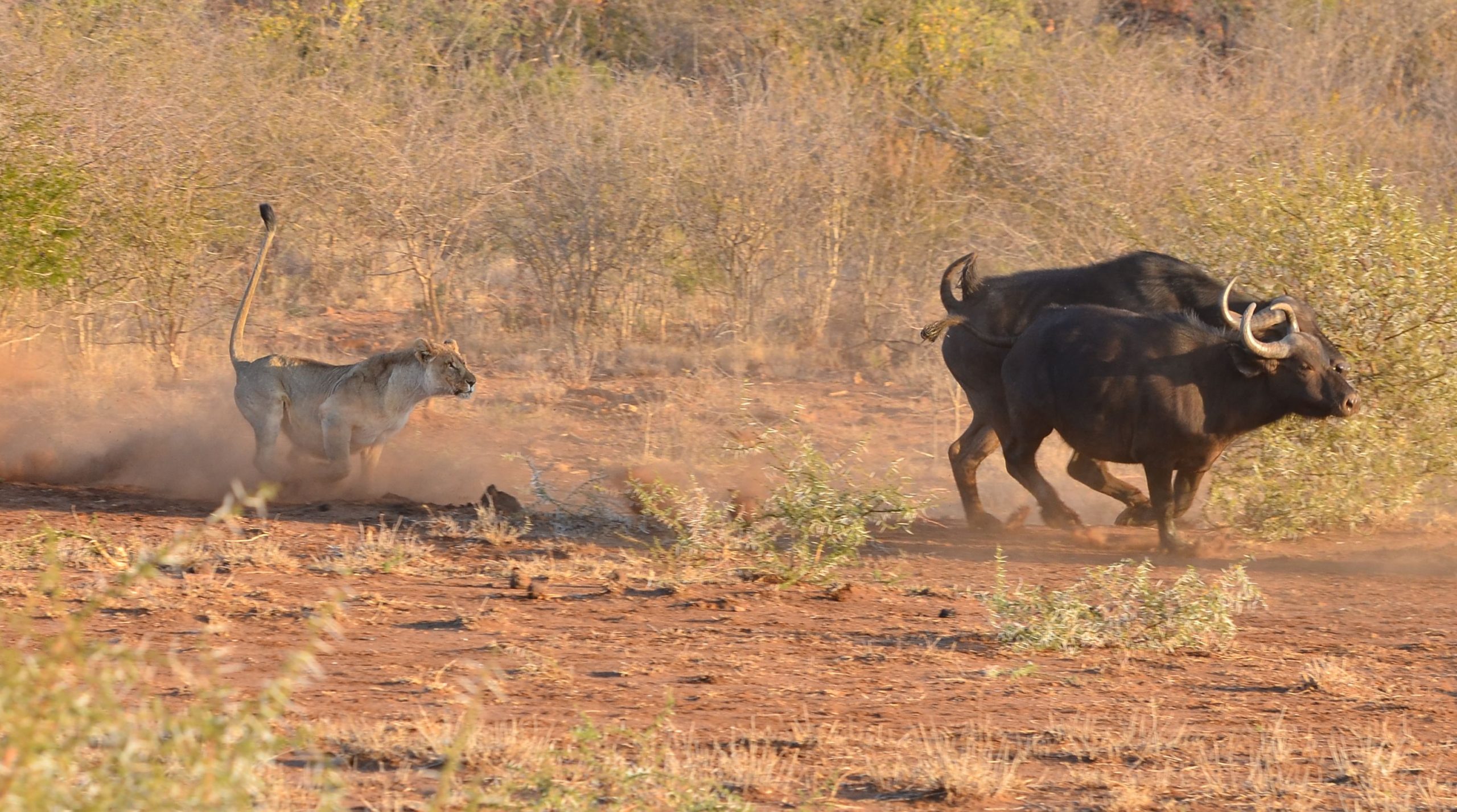 What is your favourite animal?

This question can be a bit of a head-scratcher for our rangers. Working in the bush means they have a massive appreciation for all animals. Each species is special and unique. Choosing one favourite would be unfair - but the Wild Dog and Leopard have a special place in our hearts. 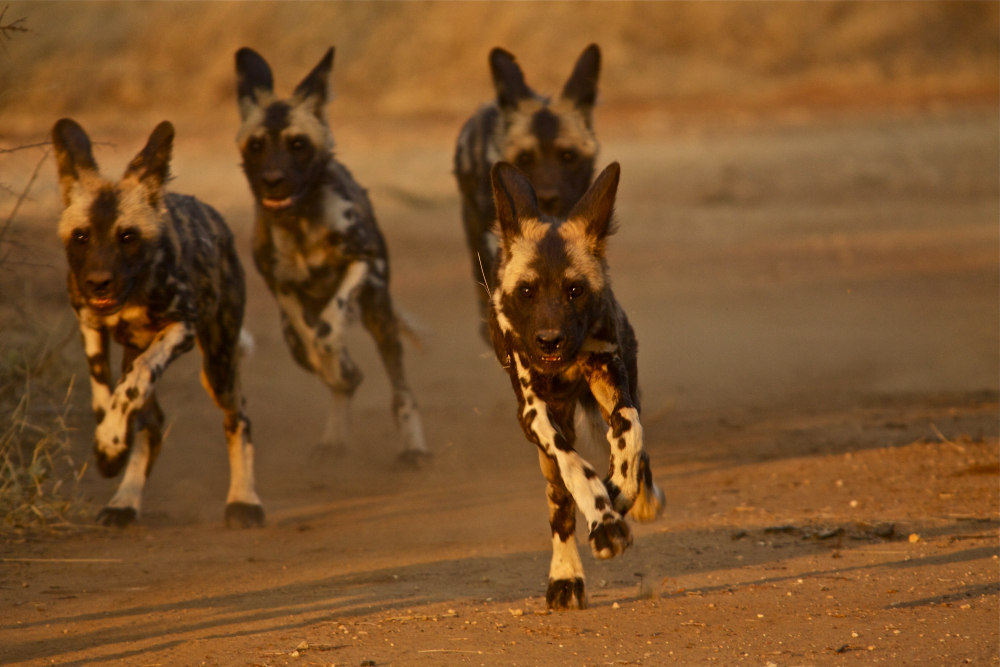 Where are most of your guests from?

Most of our guests are from Europe, as we have a strong marketing presence on the continent. Our owners are based there, which means close ties and strong relationships exist in those territories. We have recently tapped into the US market, and we are seeing more and more guests from the US also travelling to us.

Which side of a zebra has the most stripes?

Are zebras black with white or white with black?

In general, Zebras are born with mainly brown stripes. As foals grow, the brown tends to disappear to reveal the black and white colouration. What’s important about zebras is that their white fur represents an absence of melanin; white is not its own pigment. Because white stripes only exist because of a lack of pigment, black is understood to be a zebra's “default” colour.  Zebra skin is black under their black-and-white striped coats. The definitive answer is that Zebras are black with white stripes. 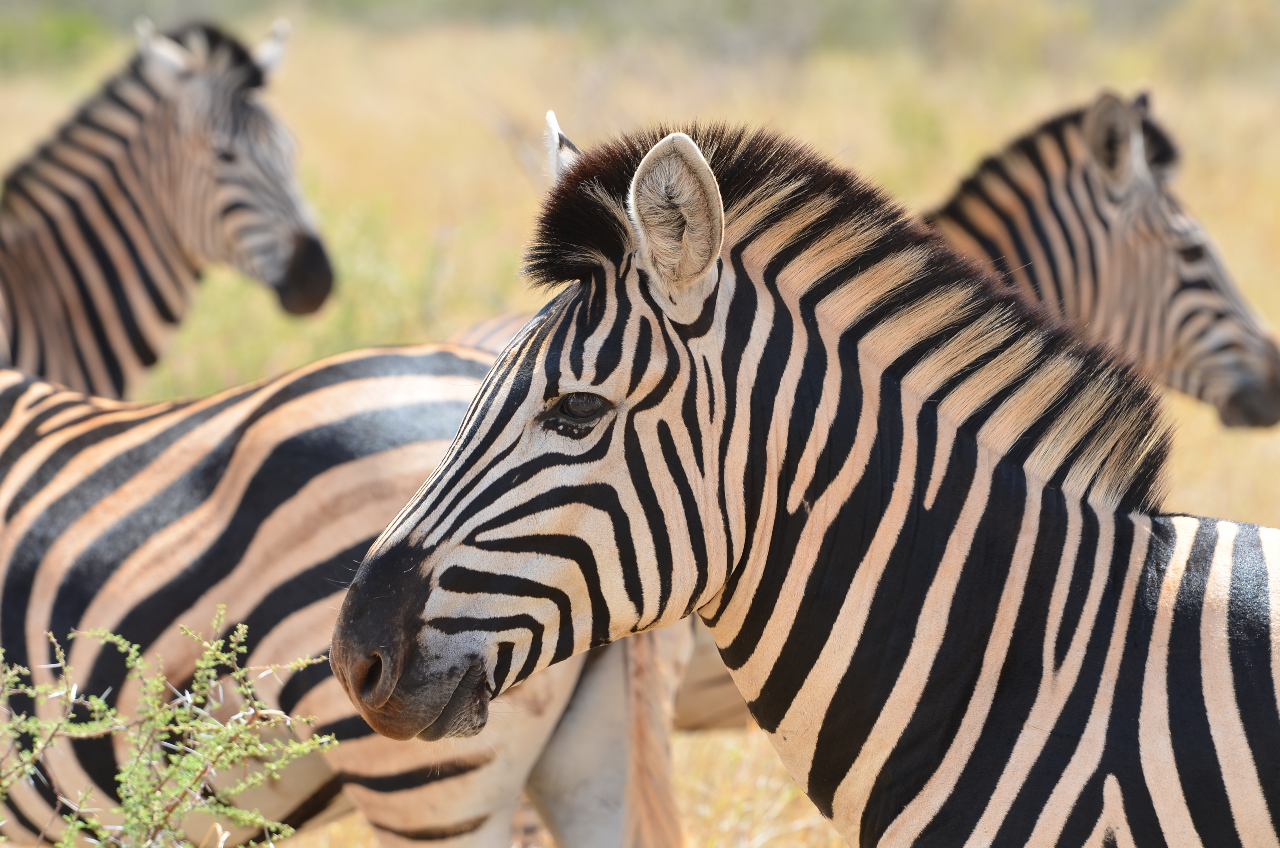 The Big 5 are five animal species found throughout the African continent and can be seen in various game reserves like Madikwe. The term Big 5 has nothing to do with size, as the name suggests. Instead, hunters created and used the term to describe the five most dangerous animals to hunt in Africa. It was considered a feat if all five they could be brought down. The big 5 are : Lion,  Leopard,  Elephant,  Rhino, Buffalo 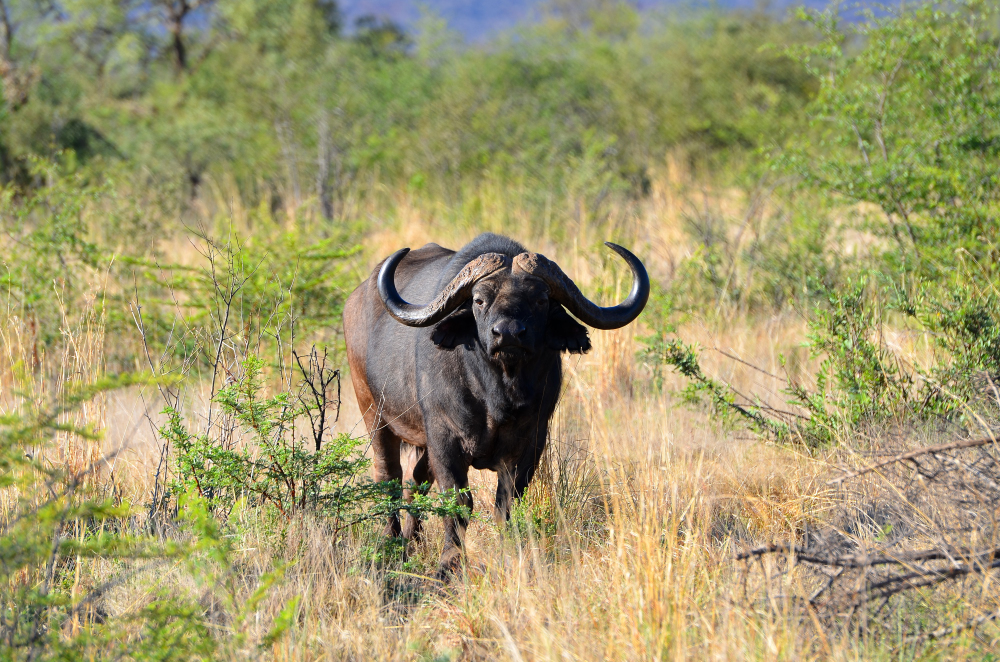 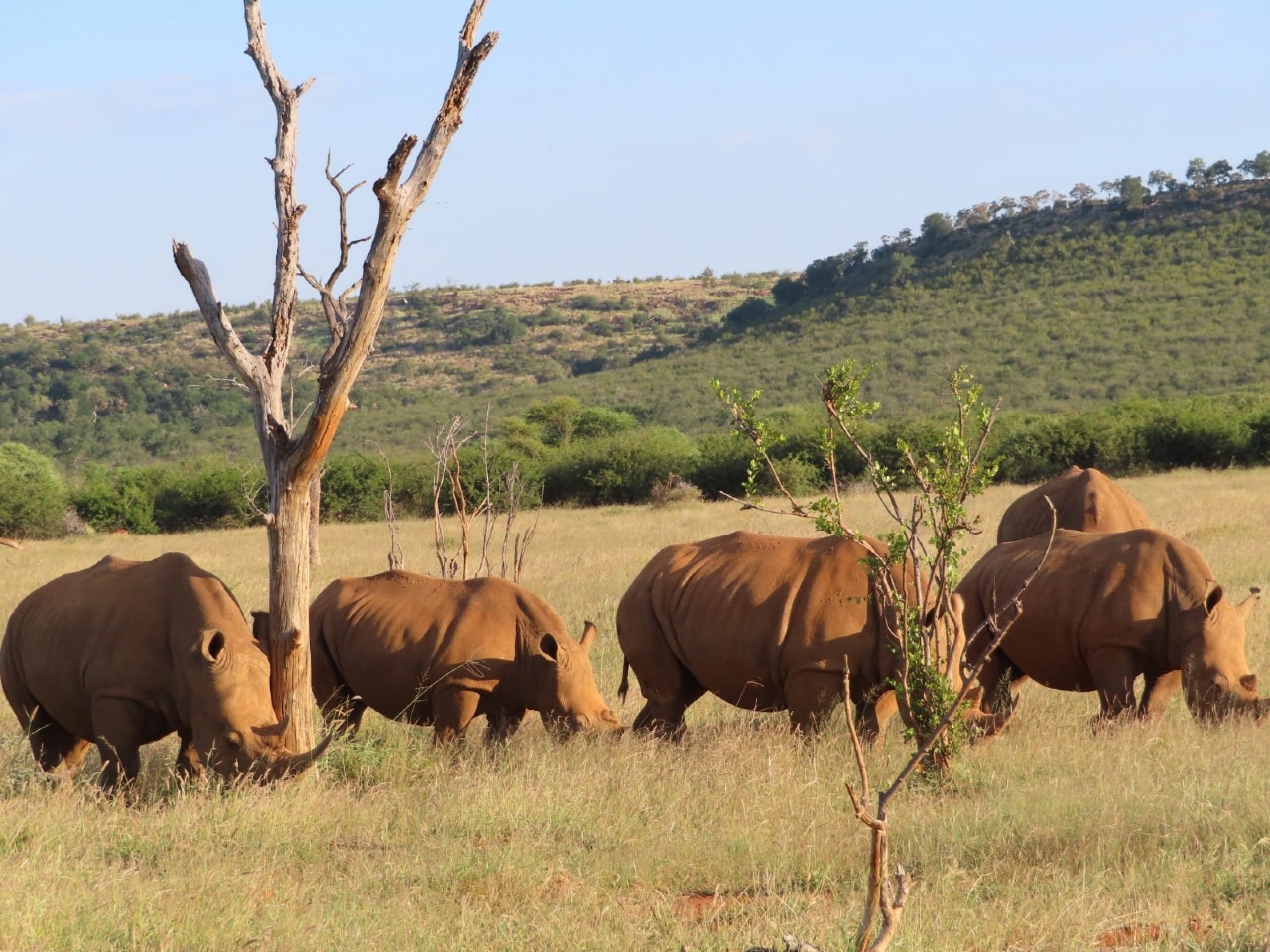 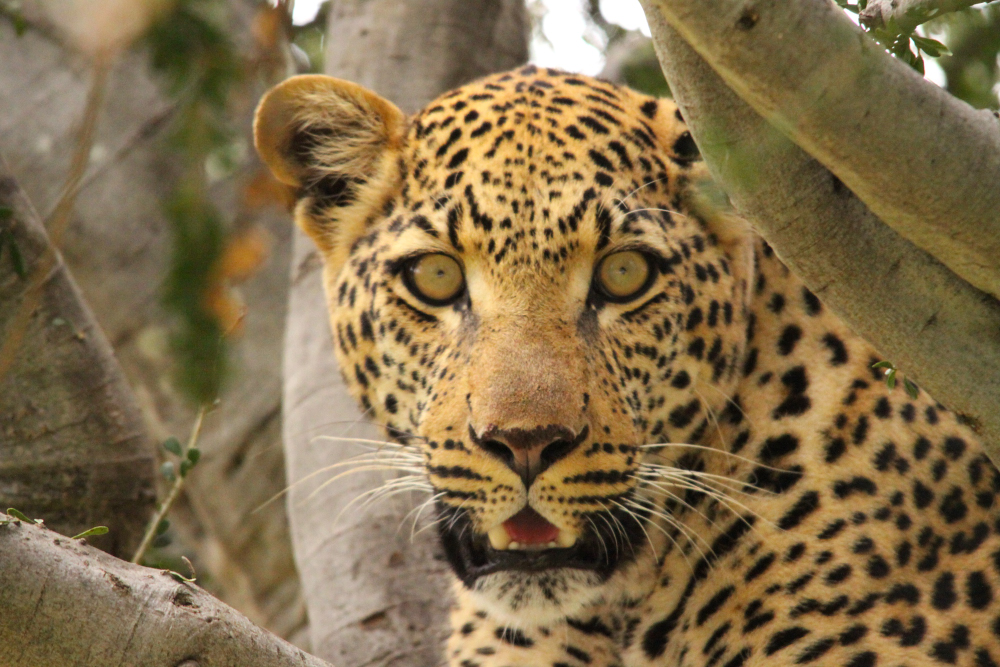 How far are we away from Botswana?

Why is the male elephant all alone?

When they reach an age of around 12 – 15 years, sometimes even older, they are pushed out of the herd. Elephant males are often found walking alone as young teenagers. This solo journey allows them to reach full maturity. Don’t assume they are just loners. Daily they associate with other bulls. All of this is the process of working towards becoming a dominant breeding bull in the future. 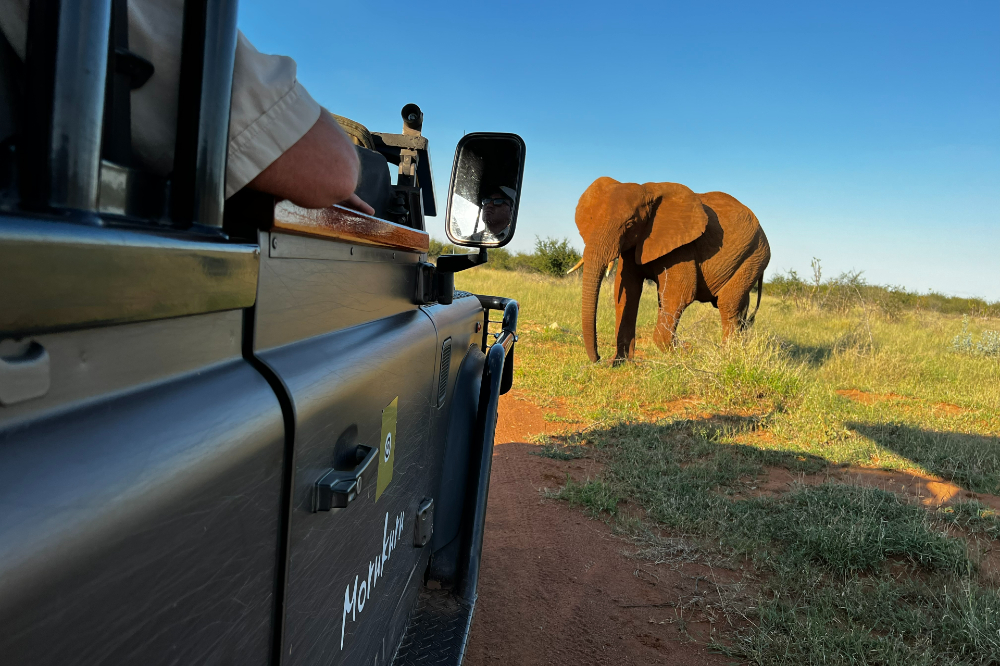 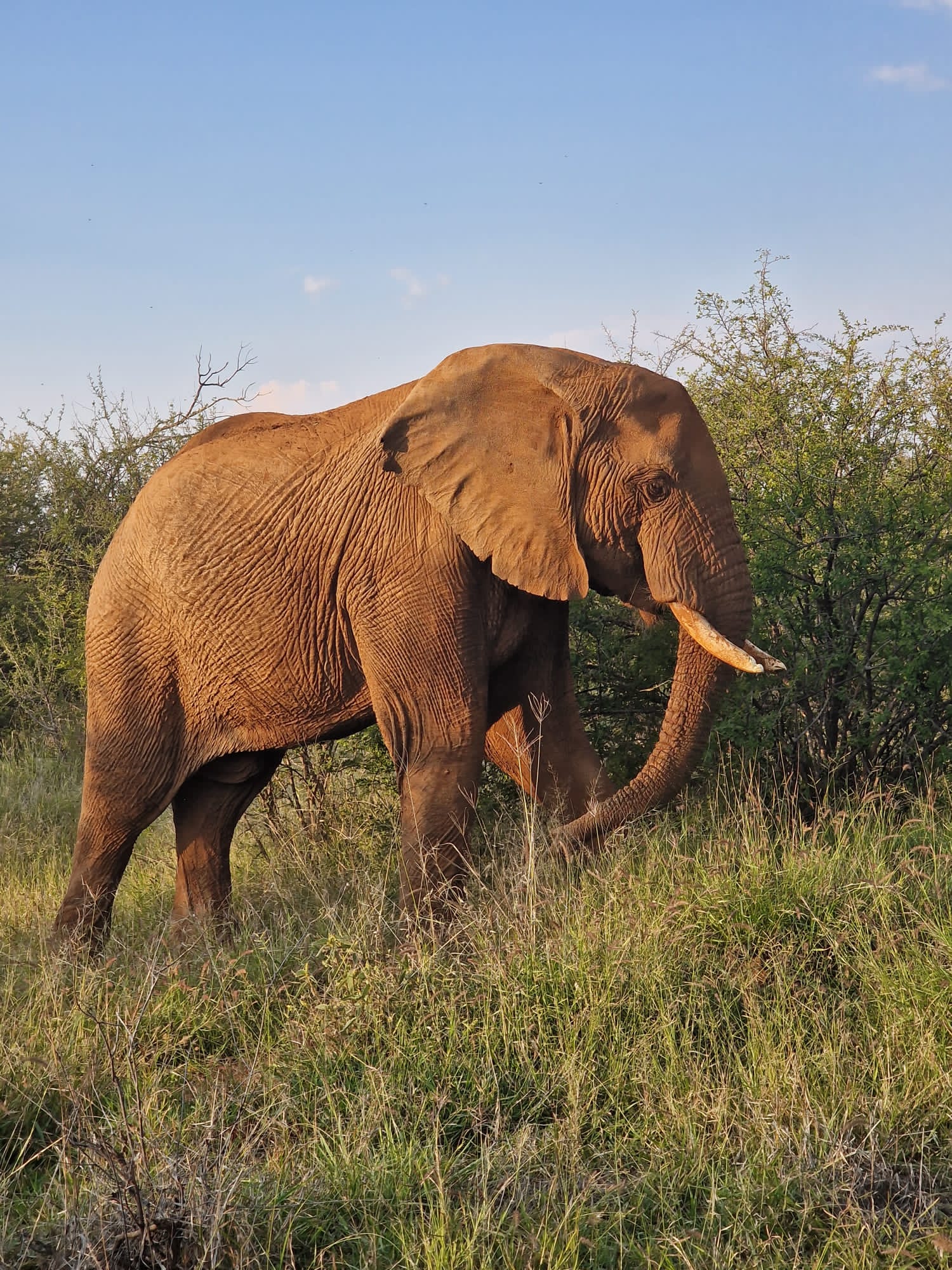 How long do hippos stay underwater for?

Hippos have a very dense skeletal structure which acts like a diver’s weight. This allows them to sink and stand firmly on the bottom, where they consume oxygen at a steady pace, allowing them to stay submerged for roughly 8 min before coming back up for a fresh breath of air. 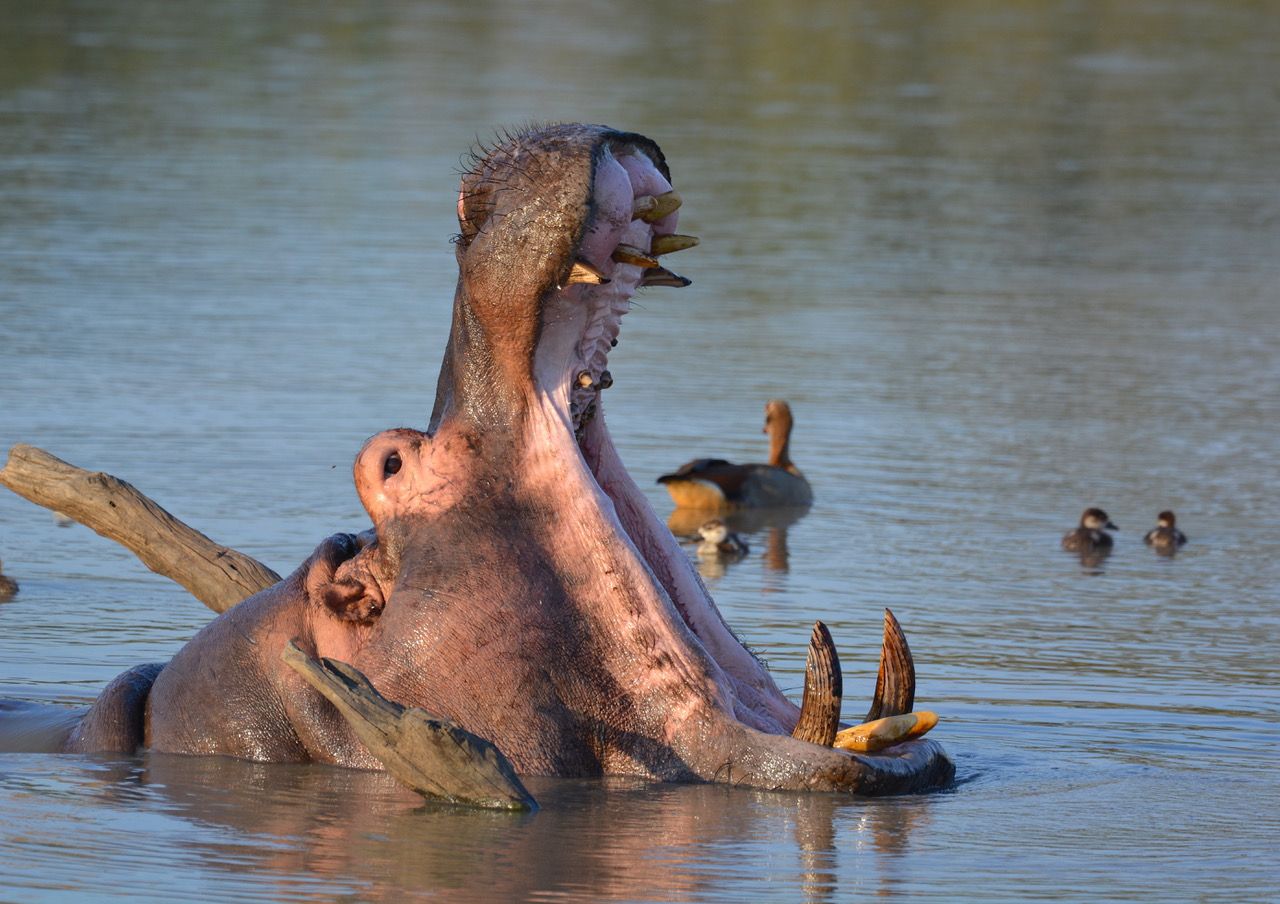 PrevWamkelekile – we are ready to welcome you!
No one needs a rhino horn but a rhino!Next