Spot a clan and listen to that cackle – International Hyena Day

Today is International Hyena Day, and we celebrate Africa’s most common large carnivore. Hyenas are neither members of the dog nor the cat family. They are unique and have their own family: Hyaenidae, which has four members: striped hyenas, the “laughing” spotted hyenas, brown hyenas, and the aardwolf (which is not a wolf). The Madikwe is one of the only places in Africa where you can see Brown Hyena and Spotted Hyena together in one reserve. Morukuru Family Madikwe has 76 000ha of unique African wilderness to explore and we have regular sightings of both species of hyena—another Madikwe highlight. 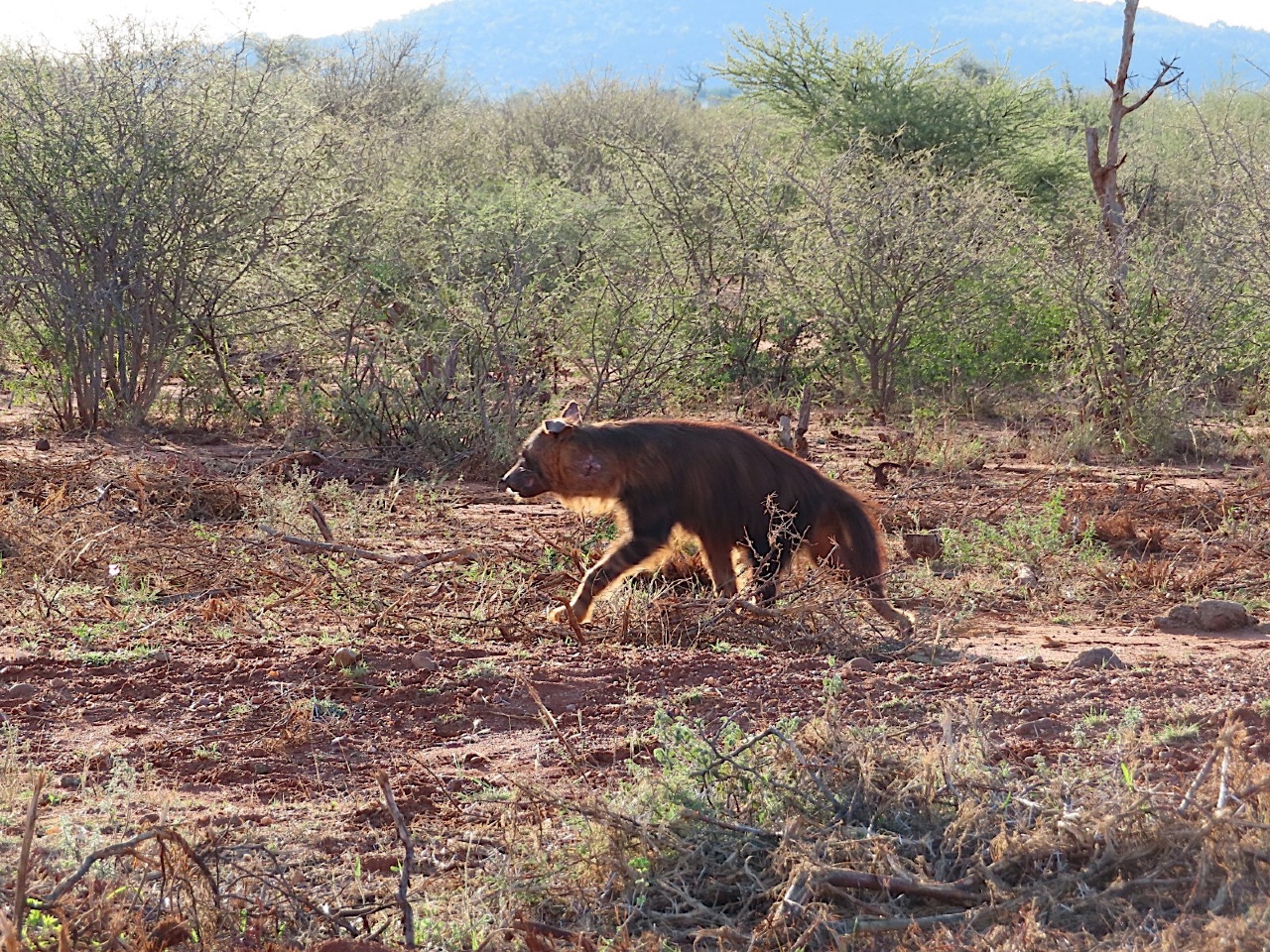 Did you know the laugh of a hyena is not for fun? According to scientists, the tone and pitch of an individual’s laughter can indicate their social status and age.

The Brown Hyena ( Parahyaena brunnea ) differs in appearance from the three other hyena species by its pointed ears and long shaggy coat . This aggressive animal is famous for its weird howl, sounding like a hysterical human laugh. It is a dishevelled looking animal with a large head, muscular shoulders, sloping hindquarters and an untidy, shaggy brown coat. 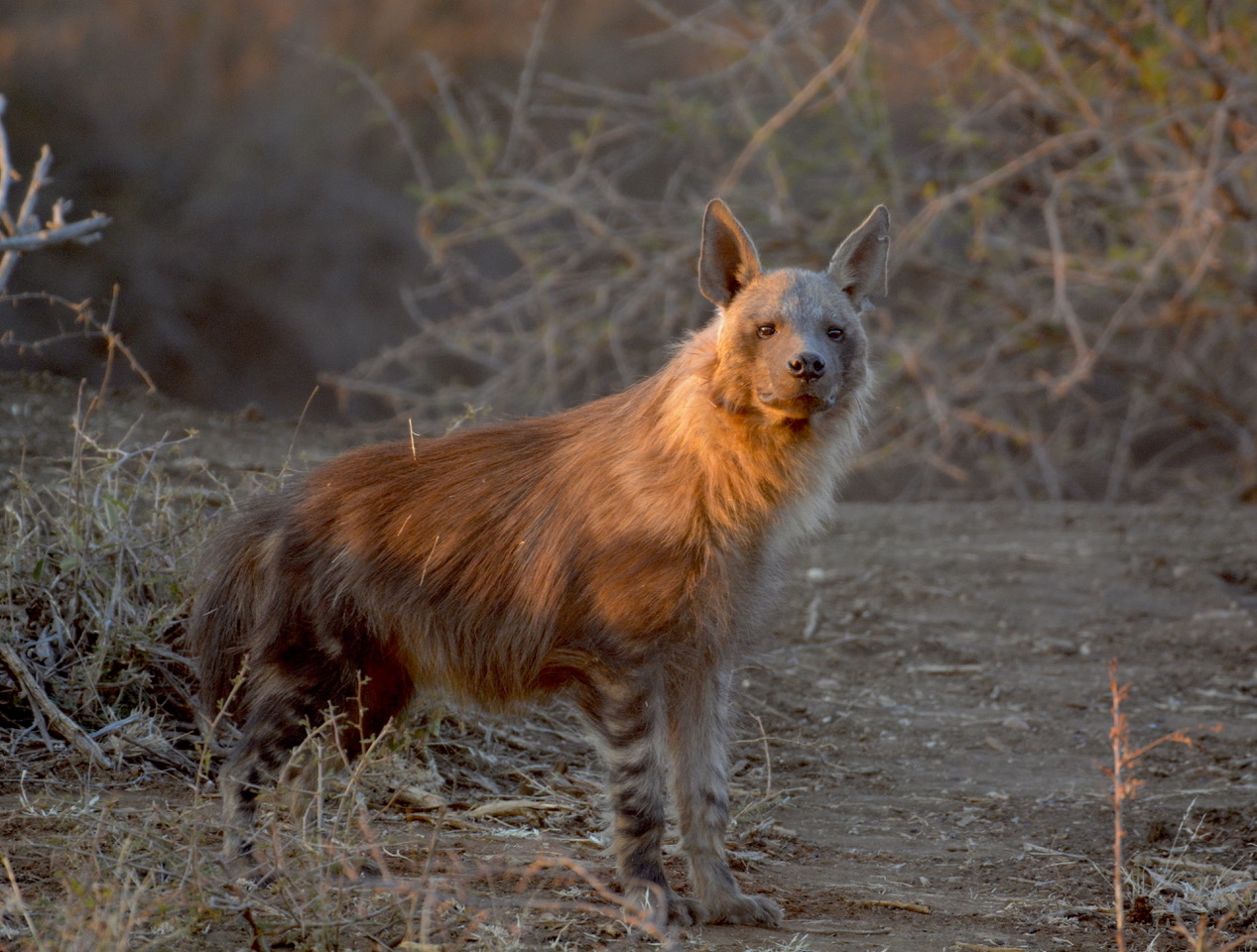 Brown hyenas are nocturnal, and during the day, adults will take the opportunity to sleep under the cover of bushes, trees, or rocks to avoid getting too hot. The Brown Hyena lives either nomadically or within a clan, and the adults hunt independently, following trails they used previously and have scent-marked. Brown hyenas are generalist carnivores and, being scavengers, are highly opportunistic feeders. They typically eat carrion and hunt live prey such as small mammals, birds, fish and insects. They will also eat fruit, vegetables and eggs.

It is estimated that approximately one-third of males are nomads, having left their birth clan and searching for a new clan to join in the alpha male role. The females are sometimes nomadic, but only when there are no cubs to look after. Clans number 3 to 5 individuals related to each other, but alpha males have usually come from another clan. 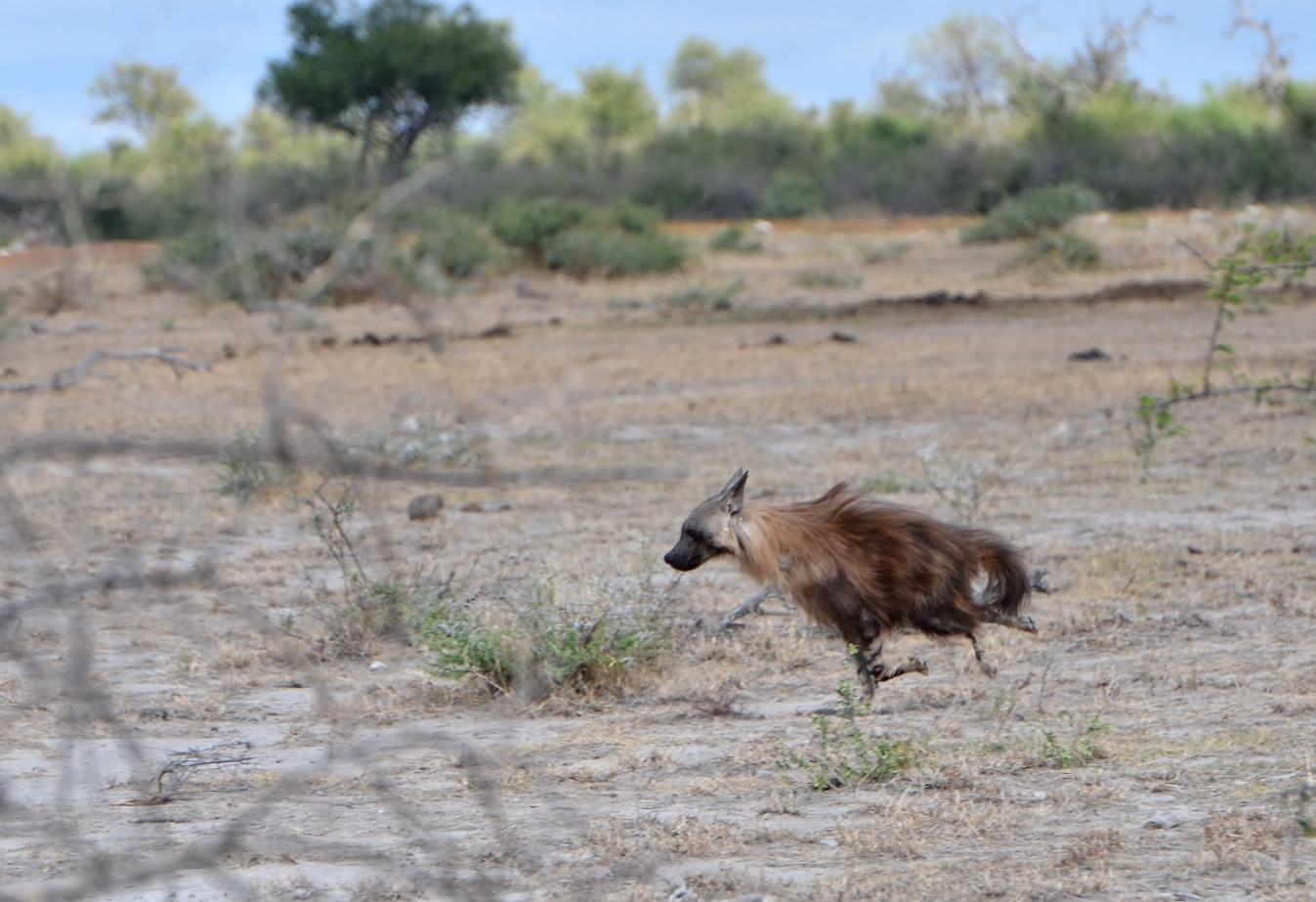 The brown hyena uses faeces to communicate between members of a clan and scent markings. They defecate in latrine sites throughout their territory, mostly near their den and other important locations such as killing grounds and territorial boundaries.

The Brown hyena is often killed due to misconceptions, myths and an unjustified bad reputation. Due to the amount of poisoning, hunting, and trapping, the overall range of brown hyenas is possibly declining. In the south part of its range, it is now rare and perhaps even. 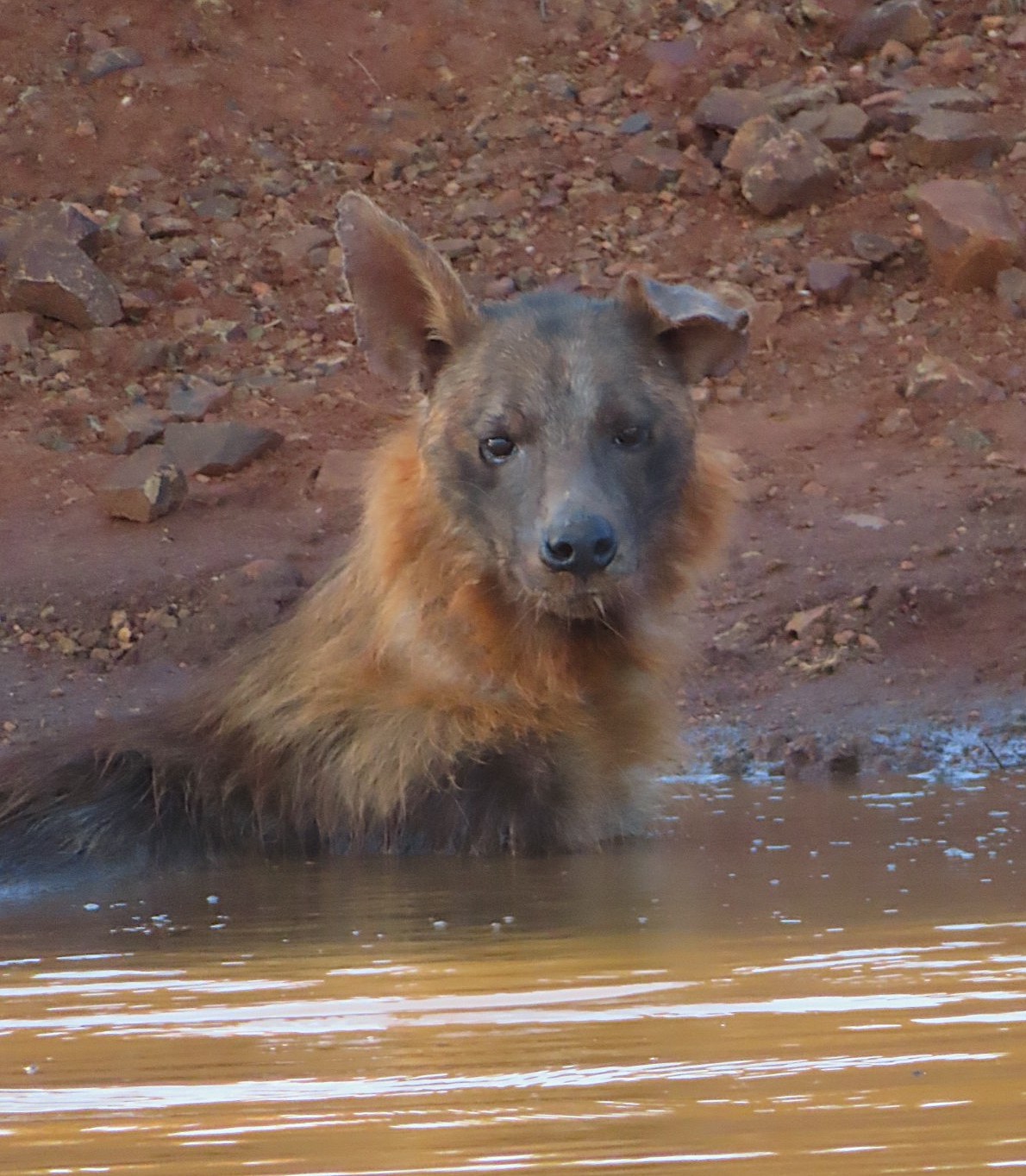 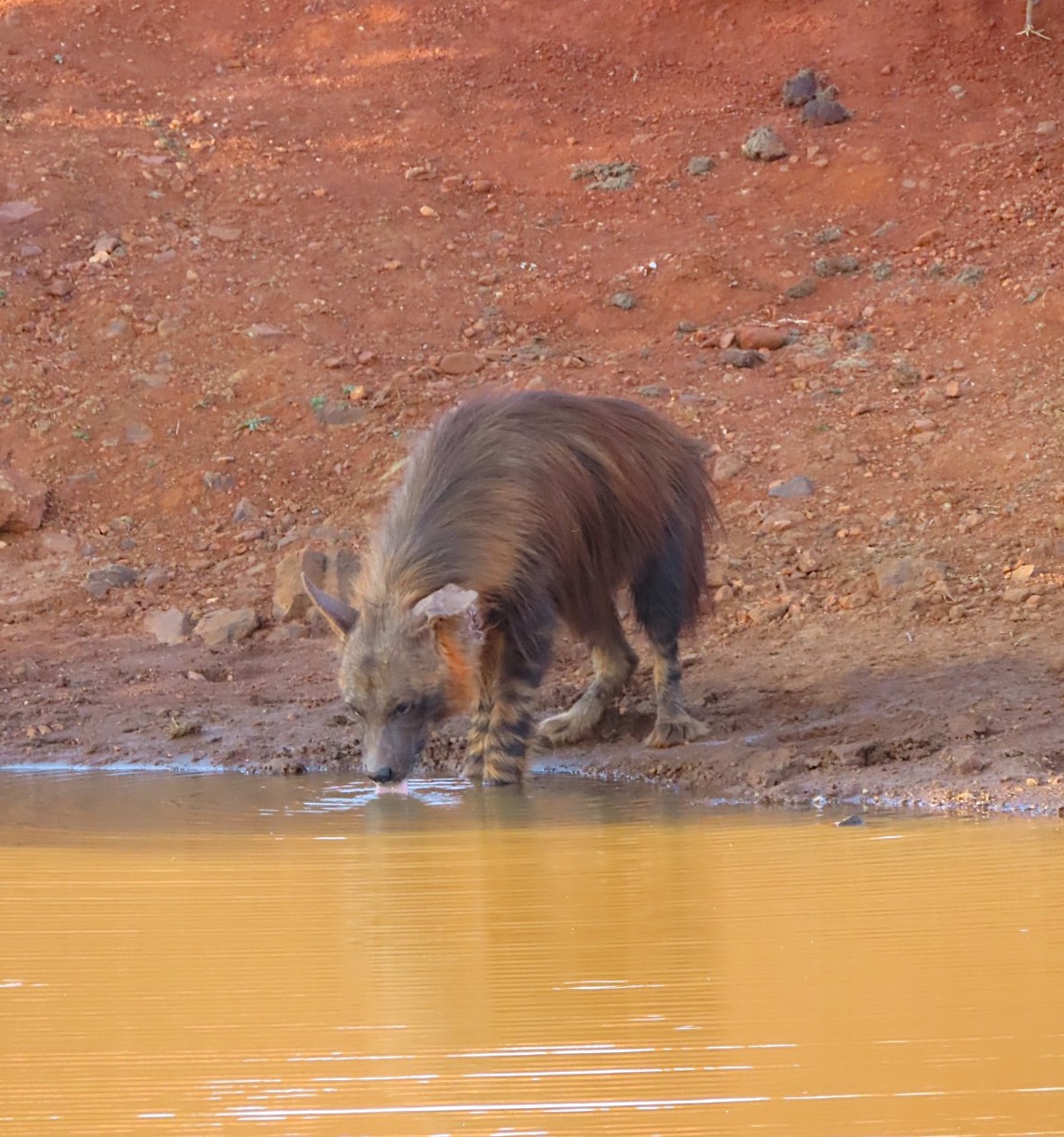 Did you know that a hyena is the only predator who has jaws that are strong enough to rip elephant hide and crush elephant bone?

The Spotted Hyena (Crocuta crocuta) is also called the laughing hyena. It looks like a dog, but it is closer to cats, civets, and genets. It is a highly misunderstood animal with the reputation of being cowardly and sly, but it is actually a fascinating and intelligent creature with an intriguing social system. It is a capable and robust hunter and the largest member of the hyena family. Females and males look exactly the same, except that the females are slightly larger. 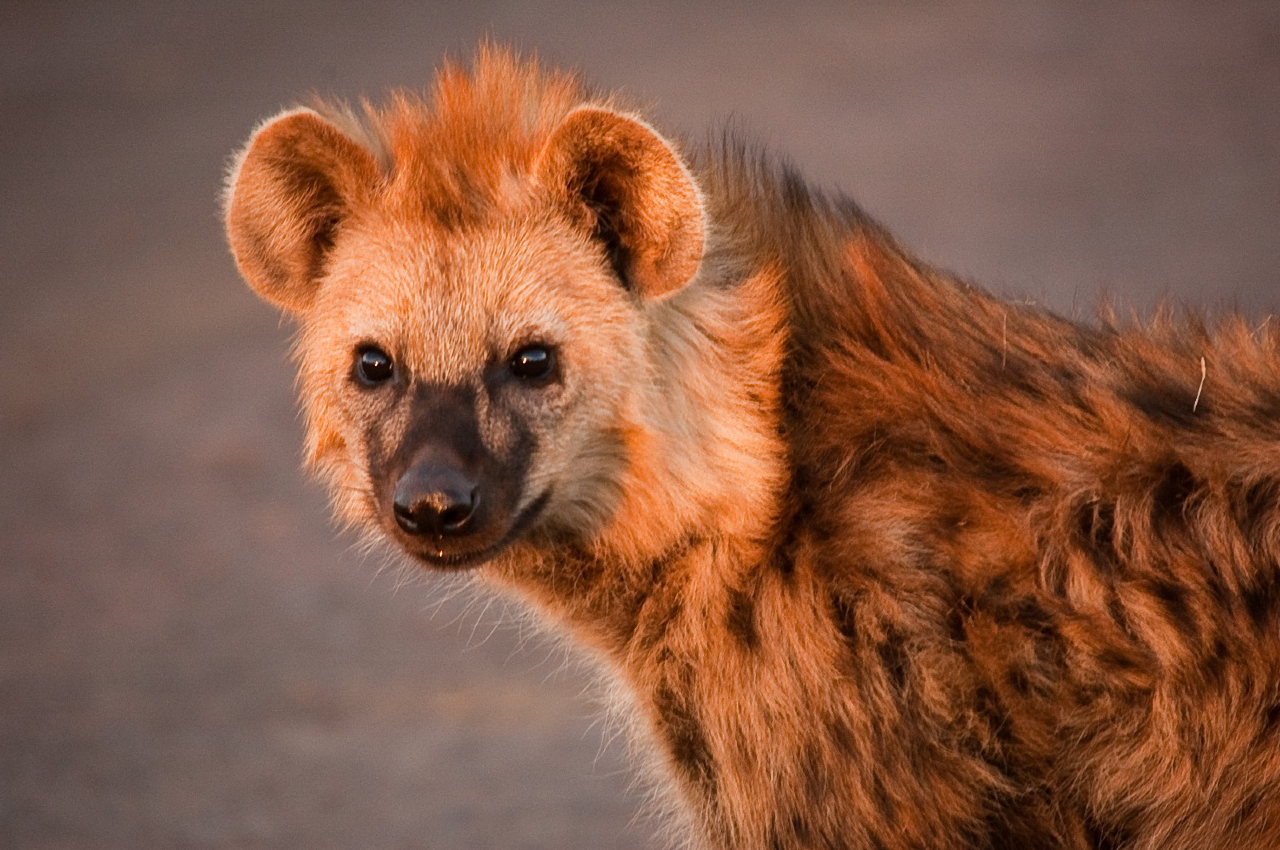 Spotted hyenas are considered close to the same level as certain primates in terms of their social intelligence. They have excellent night vision, being primarily nocturnal, hunting at night and sleeping or staying near their den in the daytime. They have a matriarchal social order of related individuals that are called clans. One alpha female leads the clan. These animals mark their territory by scratching the ground and secreting an oily substance from their anal glands. Areas far away from the den are their “latrines”, another way of marking their clan’s territorial boundary. Spotted hyenas have an extensive vocal range and communicate with clan members with whoops, yells, grunts, growls and giggles. The giggling sounds like manic laughter, hence their other name. 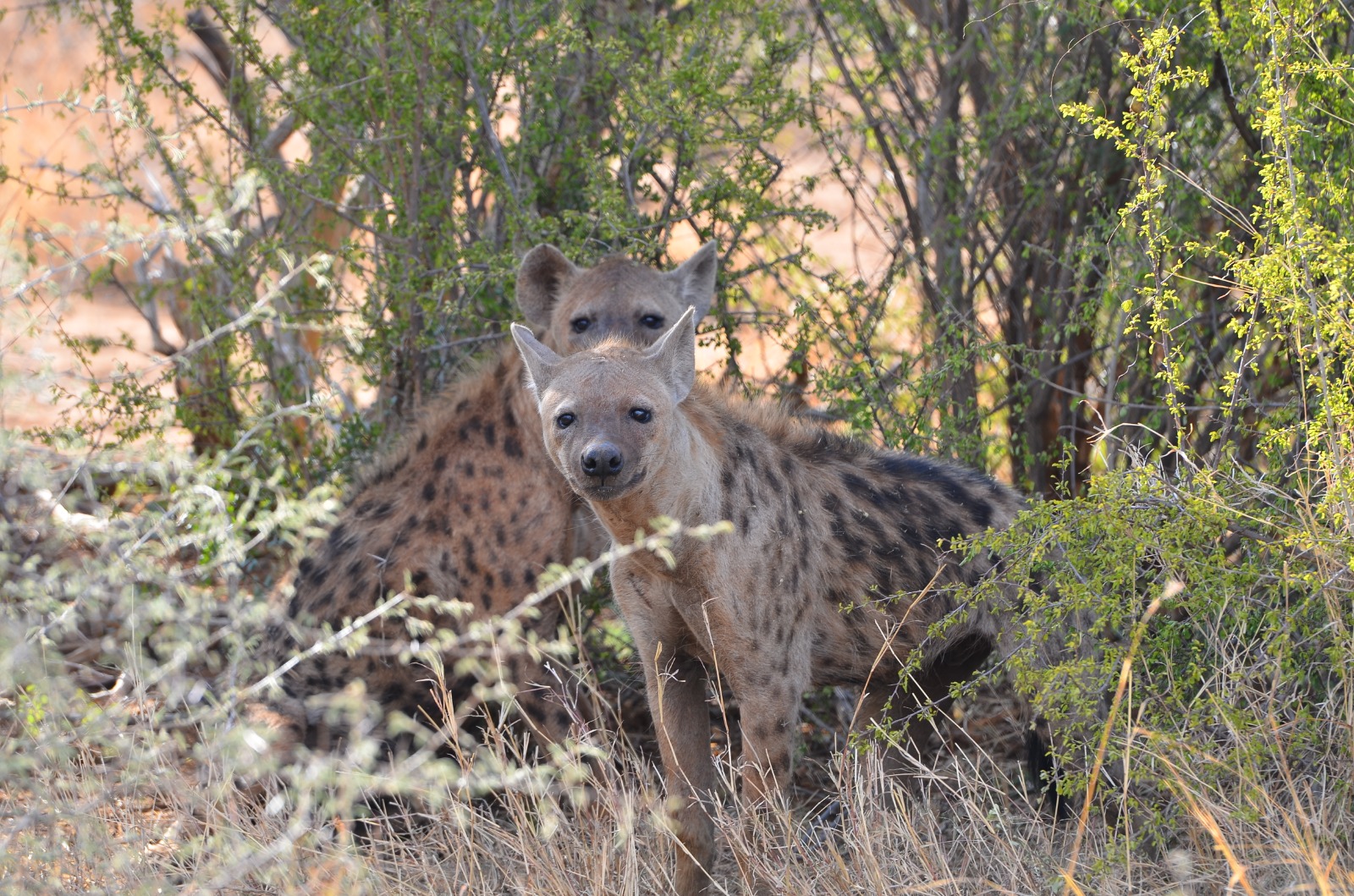 The Spotted hyena is an omnivorous animal that hunts and scavenges. When hunting alone, they prey on smaller animals such as hares, foxes, jackals, birds, fish, snakes, and carrion. However, in a group, they are more confident. They hunt medium to large-sized hoofed animals like zebra, wildebeest, Grant’s gazelle, Thompson’s gazelle, topi, waterbuck, eland, hartebeest and impala. They also eat eggs, fruit and invertebrates. 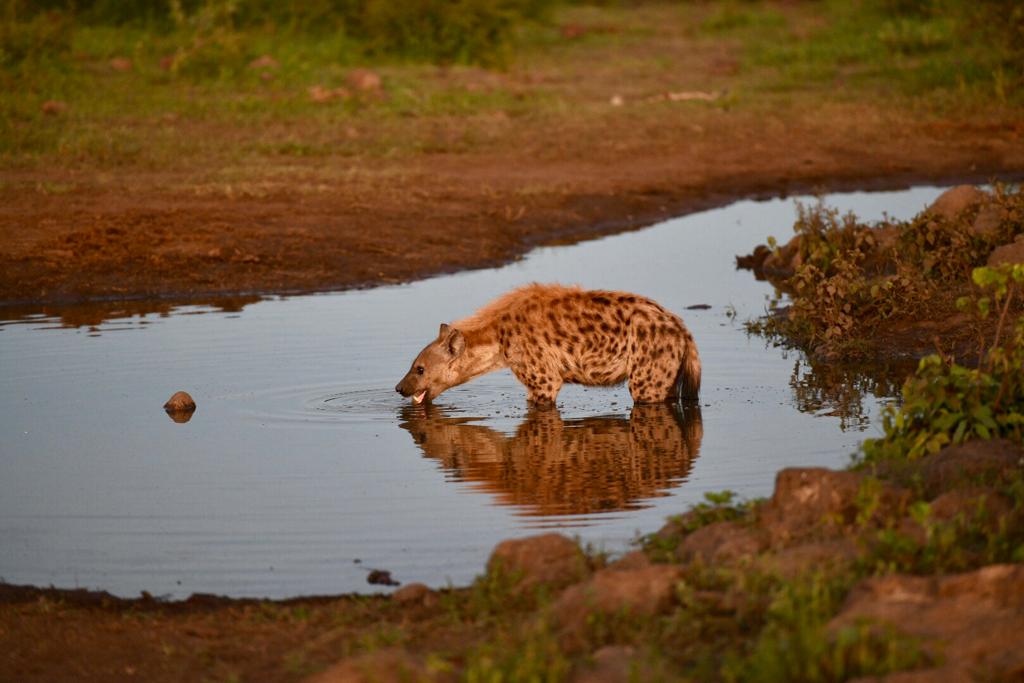 Whilst most populations of Spotted hyena in protected areas within southern Africa seem to be stable, the ones in western and eastern Africa, including those in protected areas, seem to be declining. The main reason appears to be human persecution through shooting, poisoning, trapping and snaring. An additional threat is a decline in habitat quality outside of protected areas.

Now that you are have read about Hyaenidae and discovered so many fascinating facts about Africa’s most widespread scavenger come and visit Morukuru Family Madikwe and see for yourself why hyenas are unique and vital components of most African ecosystems.